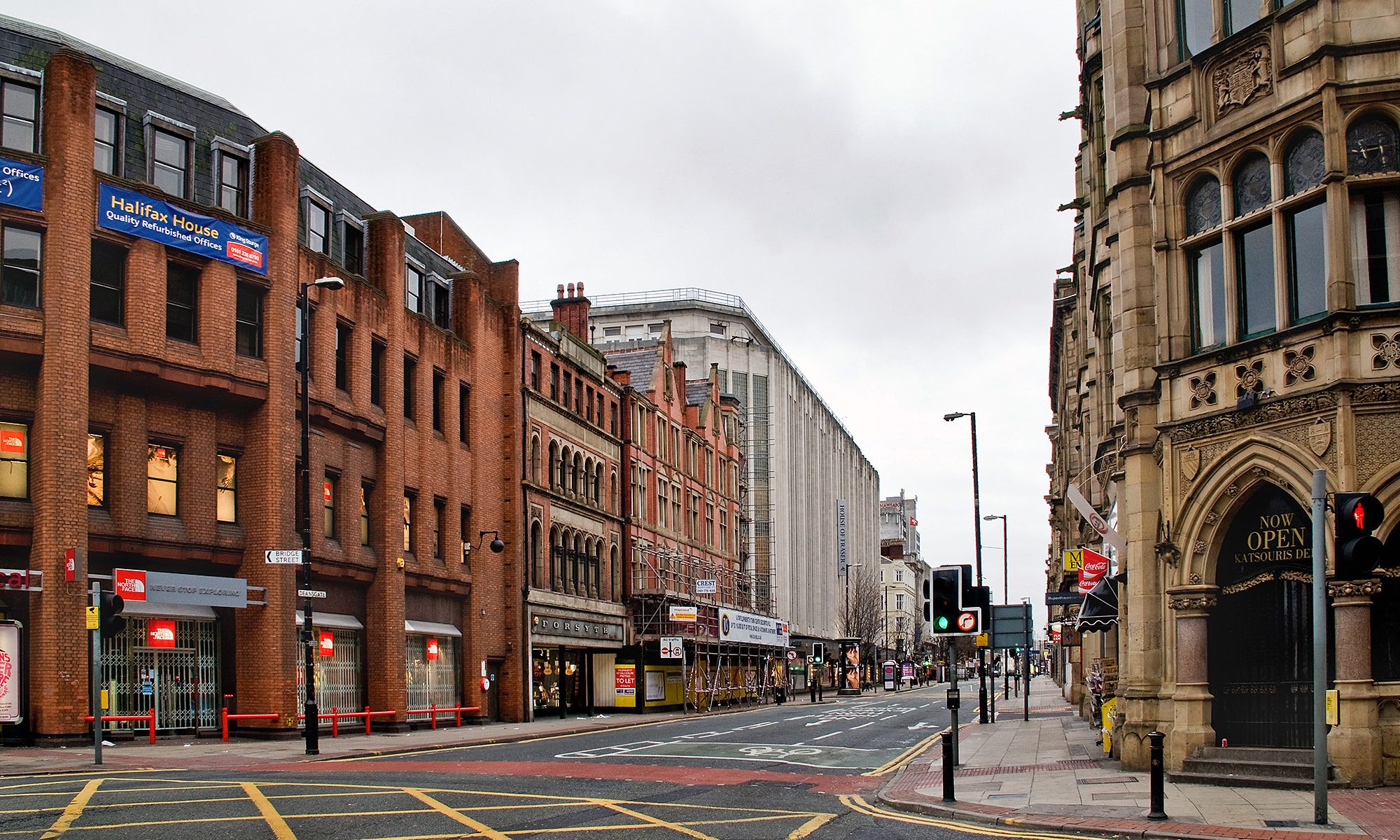 Very difficult to give a short title to the above photograph so I have to give a decent explanation. It isn’t Kendals, its now called House of Fraser and that is referring to the large grey building on the left of this main road (sometimes referred to as the spine of Manchester) called Deansgate. It is part of the A56 / Chester Road and at this point is a straight run from the south side of the city to the north side. The A56 road, of which Deansgate is a small part, runs from Chester all the way through to Broughton in North Yorkshire. This part is called Deansgate because it passes through one of Manchester’s city gates (since demolished), located next to the Cathedral.

I was standing on the corner of John Dalton Street (to the right) looking north up Deansgate. The road to the left of the cross roads is Bridge Street and would take you across the River Irwell and into Salford; within less than a third of a mile you would be at Salford Central Station. Deansgate is arguably the busiest road in the city centre and you might wonder why it is so quiet; usually there is standing traffic at all times of the day and night. Well, this picture was taken last Sunday at 9.15 in the morning.