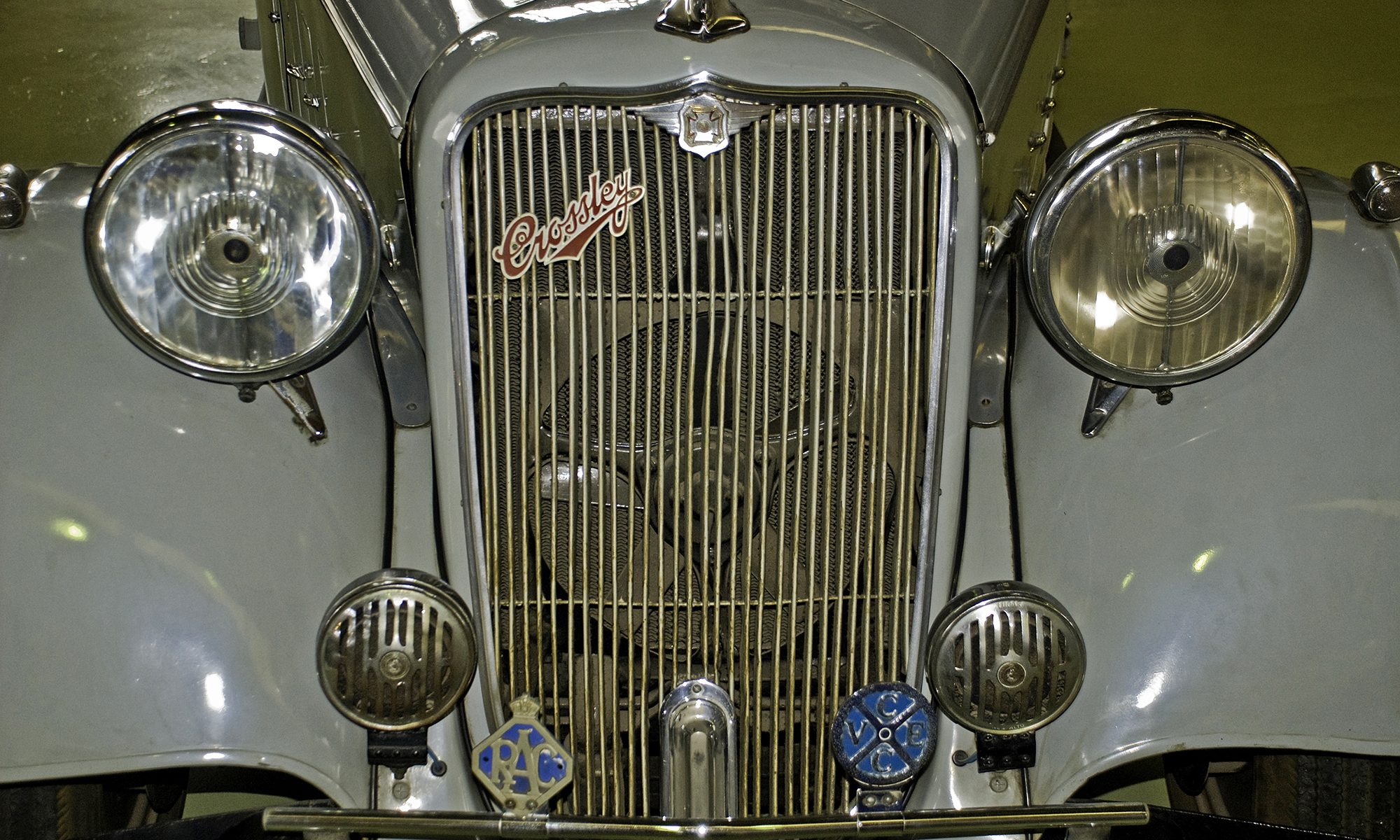 The Crossley Regis six from 1935 was the last model of motor car made by Crossley Motors. After this they concentrated on military contracts and later on lorries and buses. Or at least that is what the sign told me at Manchester’s Museum of Science and Industry. The transport building is always the most fascinating to me. It is full of very old planes and motor vehicles that I have not idea how they drove / flew. This is one of the more “modern” examples. What really drew me to this car was the big round head lights and large front grill, extremely stylish in my eyes even 73 years later.