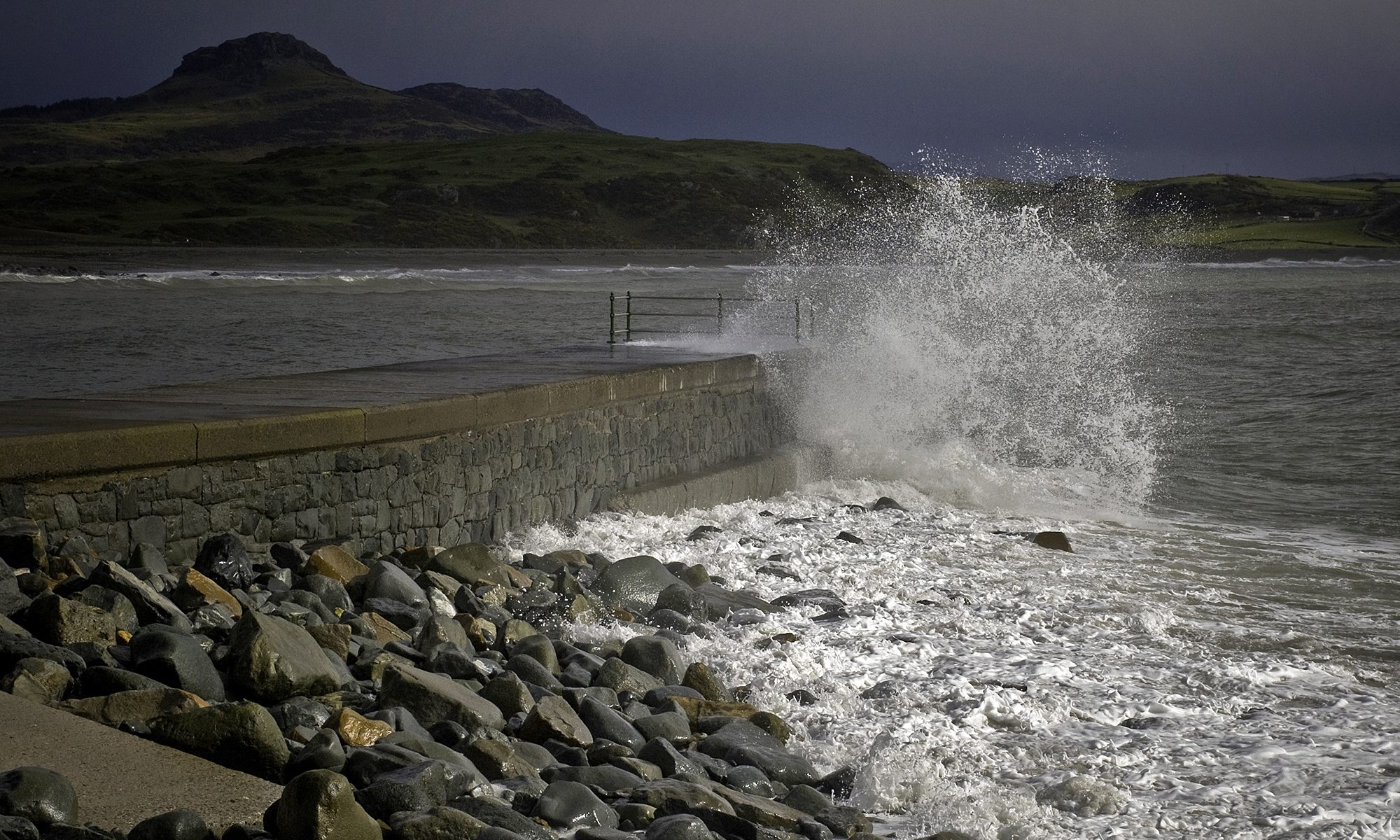 The weatherman reported a severe weather warning to the west coast of Wales and my dad reported that we were only a few miles away from the location of his “Storm Approaching” photograph (see below) which won many awards and is one of my favourite pictures of his. So what did I do? Well I got my camera out and went to the jetty at Criccieth in a vain attempt to recreate the photo that I liked so much.

I didn’t have a copy of the original and hadn’t seen it for maybe four years or more, so I knew my framing wasn’t going to be the same, but it was the same location in a storm, so that was exciting enough for me. My version lacks a lot of the light and sky / cloud details that my father’s original has; however mine has a more powerful impact with the jetty. In my opinion the original is vastly better, but I thought it was worth sharing the story with you.