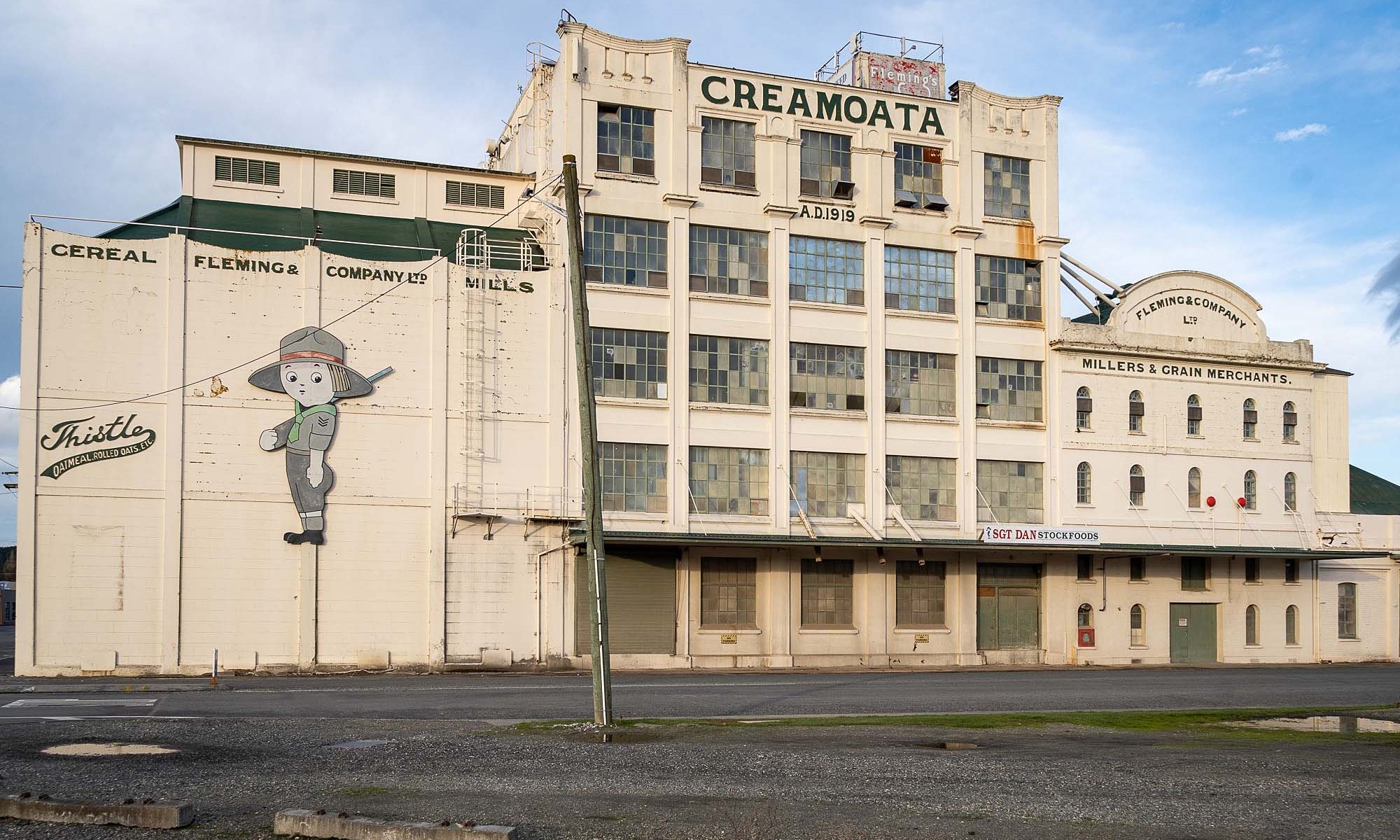 I’ve never heard of Creamoata before coming to Gore, a town in the middle of the Southland region of New Zealand. This factory was the home of Creamoata. An oatmeal porridge that was the breakfast for thousands of New Zealander’s for much of the last century. The cartoon character on the left side of the building is Sergeant Dan. The mill was built in 1919 and was closed in 2001. This factory was a big local employer. The town’s library had a large exhibition all about Creamoata and Sergeant Dan.