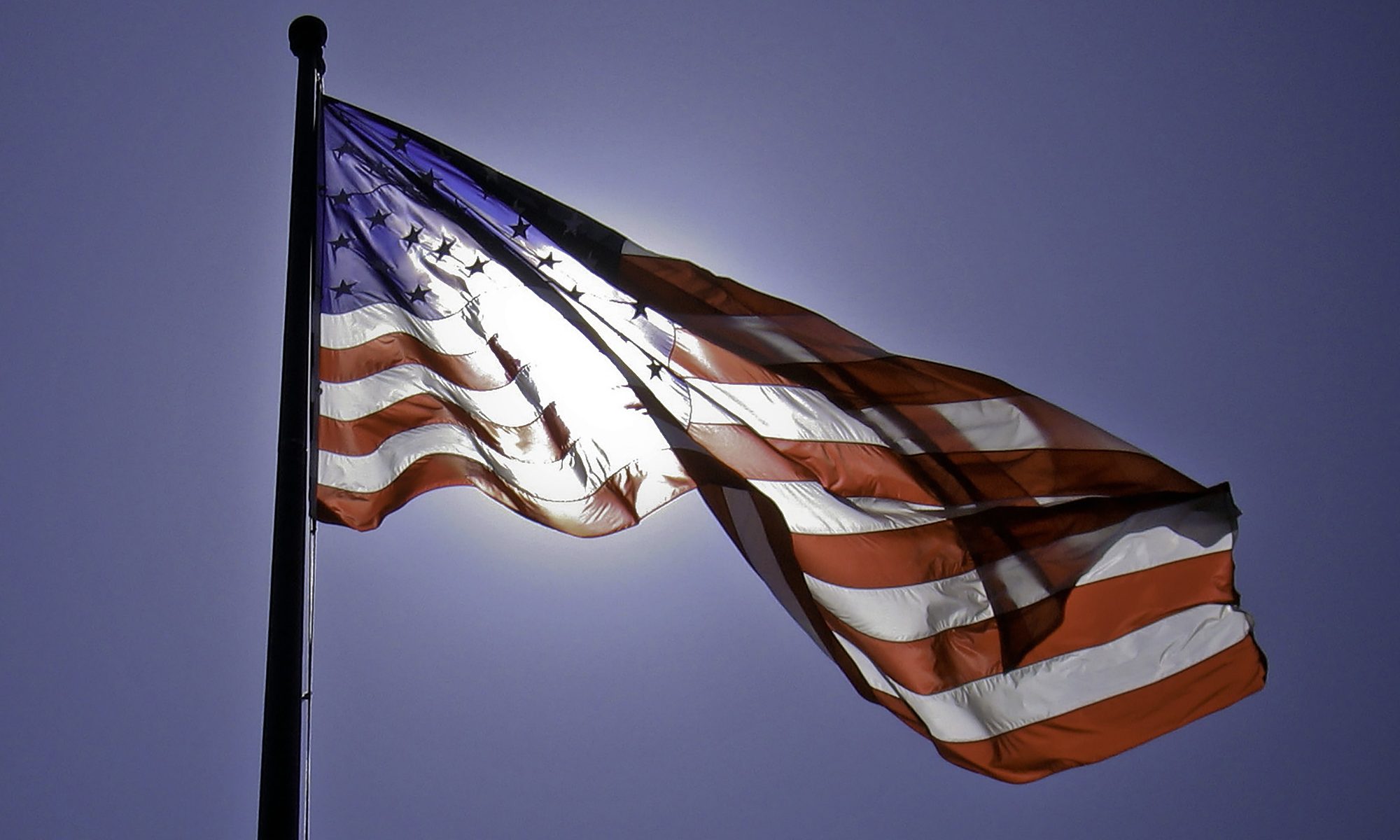 I didn’t like the original photo straight out of the camera, but after a little highlight recovery and darkening the blue edges I think it is a worthwhile image. It was taken a few years back on Liberty Island when I was first getting into digital photography (still using a compact camera). It was probably one of the first times I had pointed my camera into the sun and in this case with the flag between me and the harsh mid day sun, the final image came out as I had hoped for. Contre-Jour is (as it sounds) a French term, which means “against daylight”. I think it adds a different look to the Stars and Stripes. I have been to America twice in my life so far and saw hundreds of flags, not just on flag poles but hanging from offices and homes on the streets of New York.