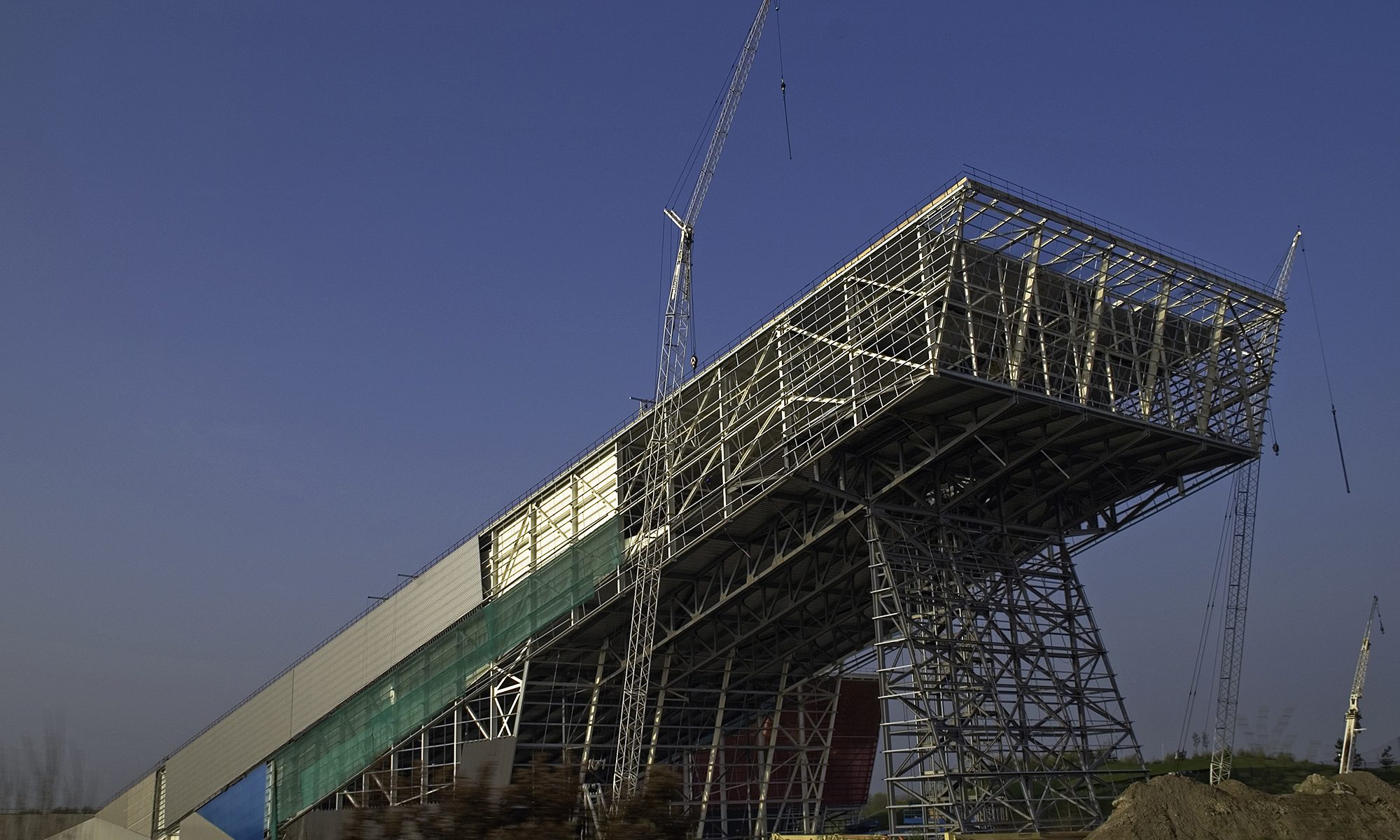 On the route to Blackpool we traveled past the Trafford Centre on the M60 motorway. Having heard talk of a new indoor sky slope on the radio, I wondered if I would be able to see it from the motorway. Luckily the motorway goes right next to it and as you can see from the photograph above, its massive! The project had a Â£31 million investment from the same guys who own the Trafford Centre (Peel Holdings). It is scheduled to open in October of this year and will feature indoor ski slops totaling 180m in length, as well as a toboggan run and children’s snow play area.

Also planned are alpine themed bars, cafes as well as winter sports shops. The photograph above was actually taken on the return journey as I was on the right side of the motorway and had time to see up my camera (and open the car window). For a photograph taken from a moving car at 70 miles an hour, this isn’t too bad. It will be very interesting to compare this picture to one of from the same spot when construction is complete. I have never been skiing or snowboarding before, but this might just be the place I first try it.