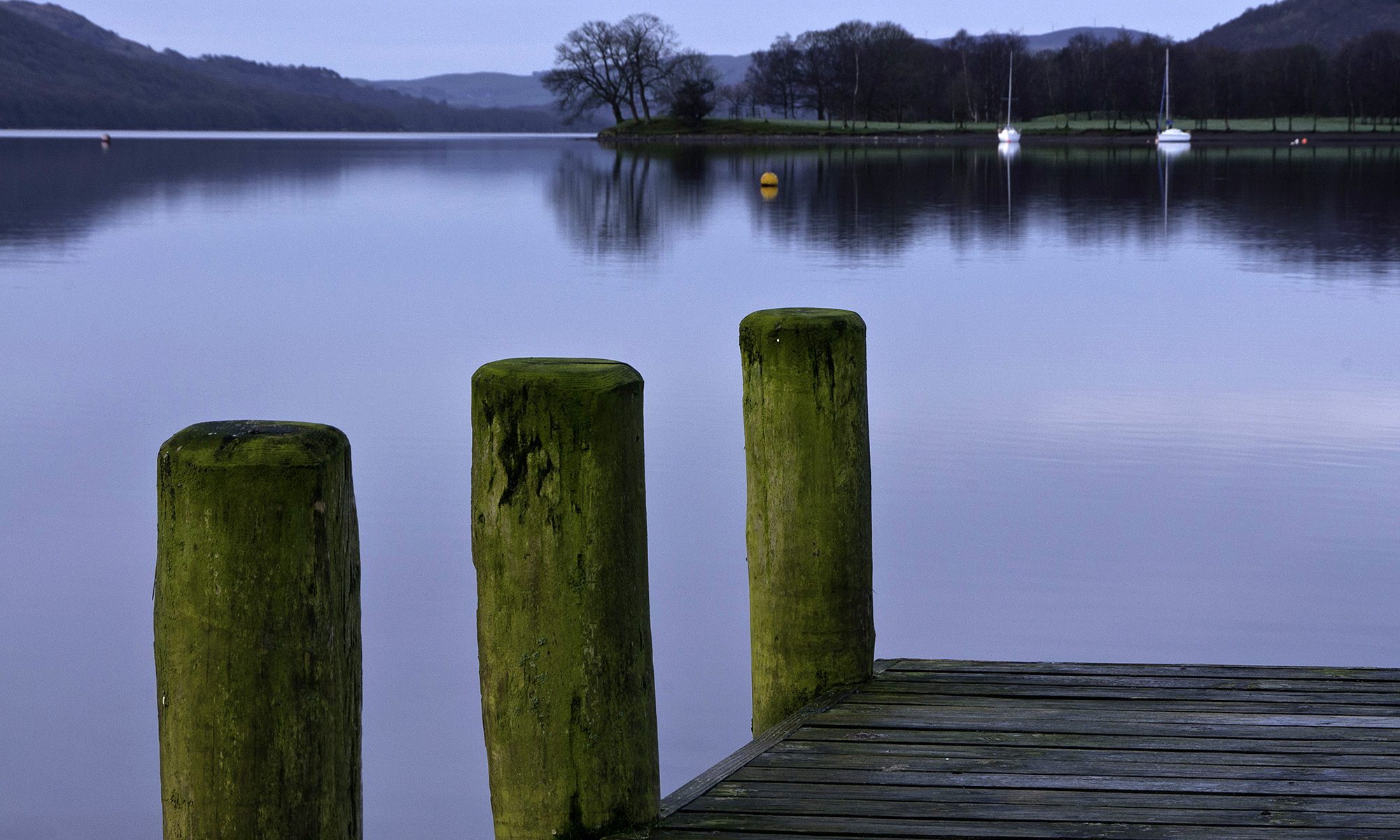 After taking the main symmetrical photograph of Coniston Pier at dawn I decided to try some alternative angles, because I don’t like getting up so early just for one photograph! Well most of my “experiments” were pretty disastrous and have been subsequently deleted but I liked this one enough to want to share it. The three posts seem to lead the eye across the water to the two boats of the far side of Coniston Water. Looking at the final photograph closely I probably should have noticed the small distracting details on the horizon line far left and to the right of the boats, the could have easily and quickly been cloned out.