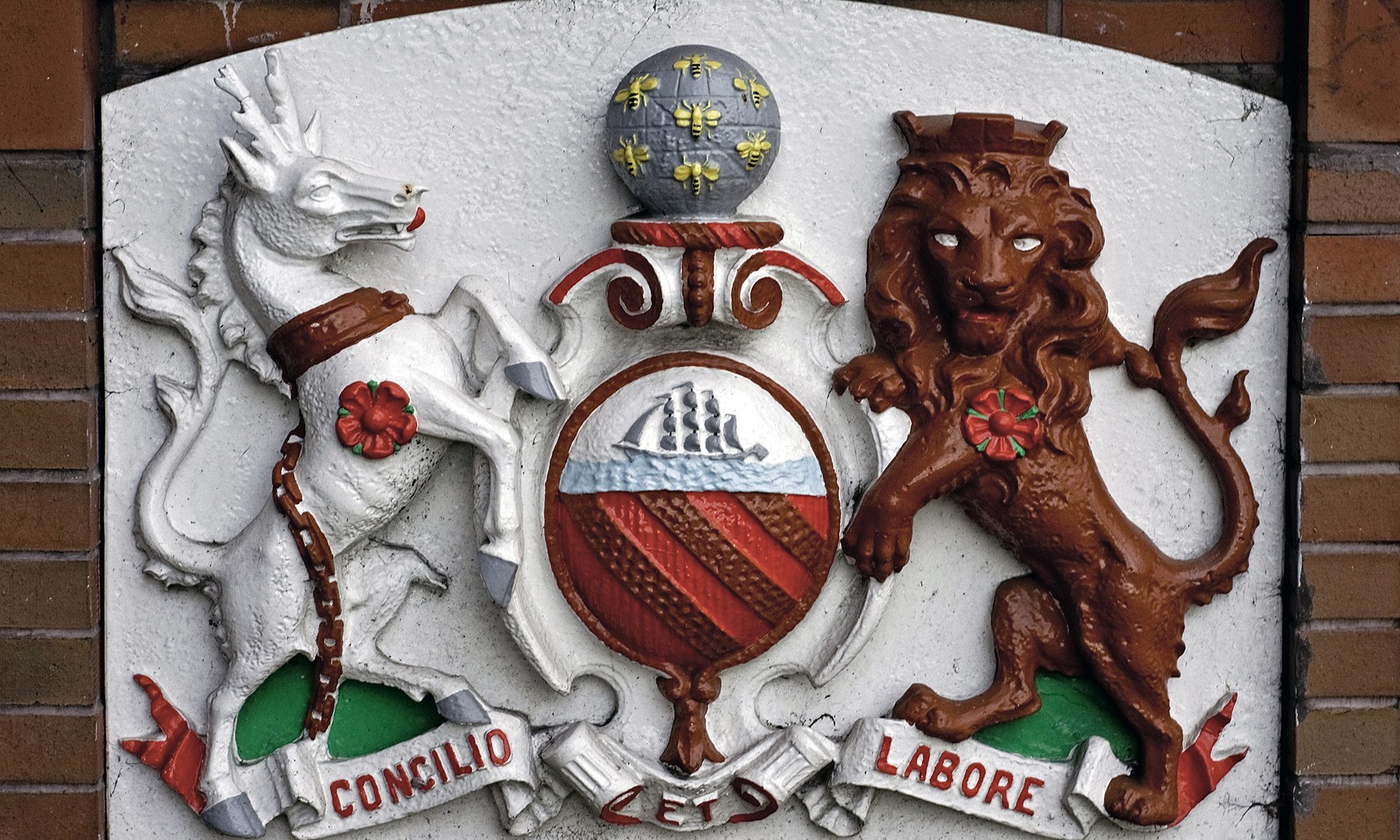 “Concilio et Labore” is the city of Manchester’s motto. Loosely translated is means “Wisdom and Effort”. Some people prefer to read it as meaning ‘Think about the consequences of your work before beginning it’. The ship represents the trading relationships of Manchester.

The globe covered in bees also has significance. The bee in heraldic terms represents efficient industry. To this day the bee is often used as a shorthand emblem of Manchester. The white heraldic antelope with its chain represents the engineering industries. The lion’s crown is a castle, a reference to the ancient Roman fort of Castlefield. The red roses they each wear on their shoulders are references to Lancashire.

2 Replies to “Concilio et Labore – Coat of Arms of Manchester”