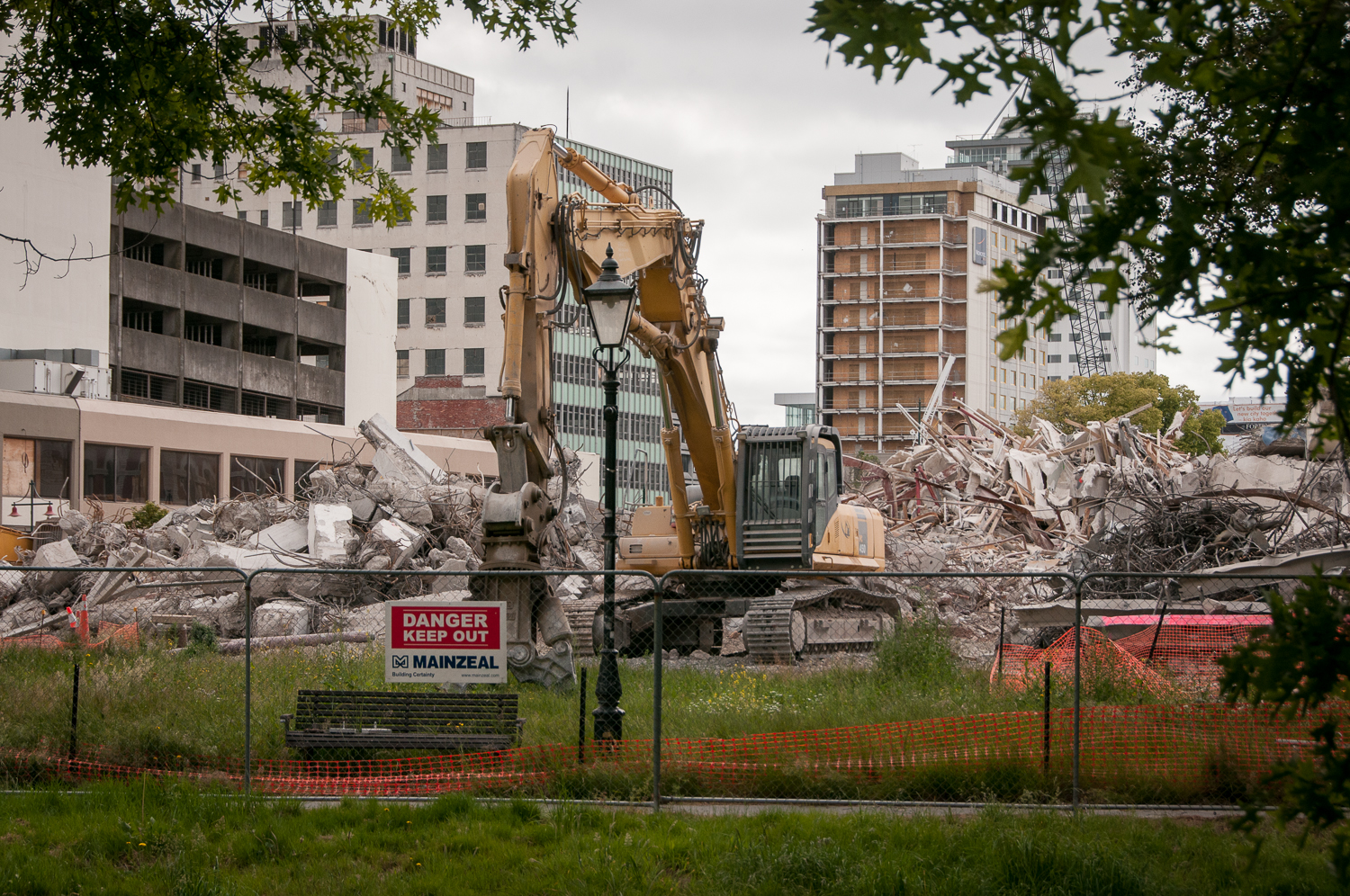 Looking east into the Red Zone from the banks of the Avon River the picture is fairly grim. This was one of the first views looking over the fence that I came across. After a couples of hours exploring the western side of the fence and the container mall I captured the photographs below. The 6.3 magnitude earthquake caused this distruction, taking 185 lives. It happened in February 2011, nearly two years ago. 1000 buildings in the CBD have been, or are in the process of being demolished, as well around 10,000 homes in the suburbs. A friend who lived in Christchurch and was in the city centre on the day of the main quake, tells me it will take at least 10 years to rebuild this city centre.