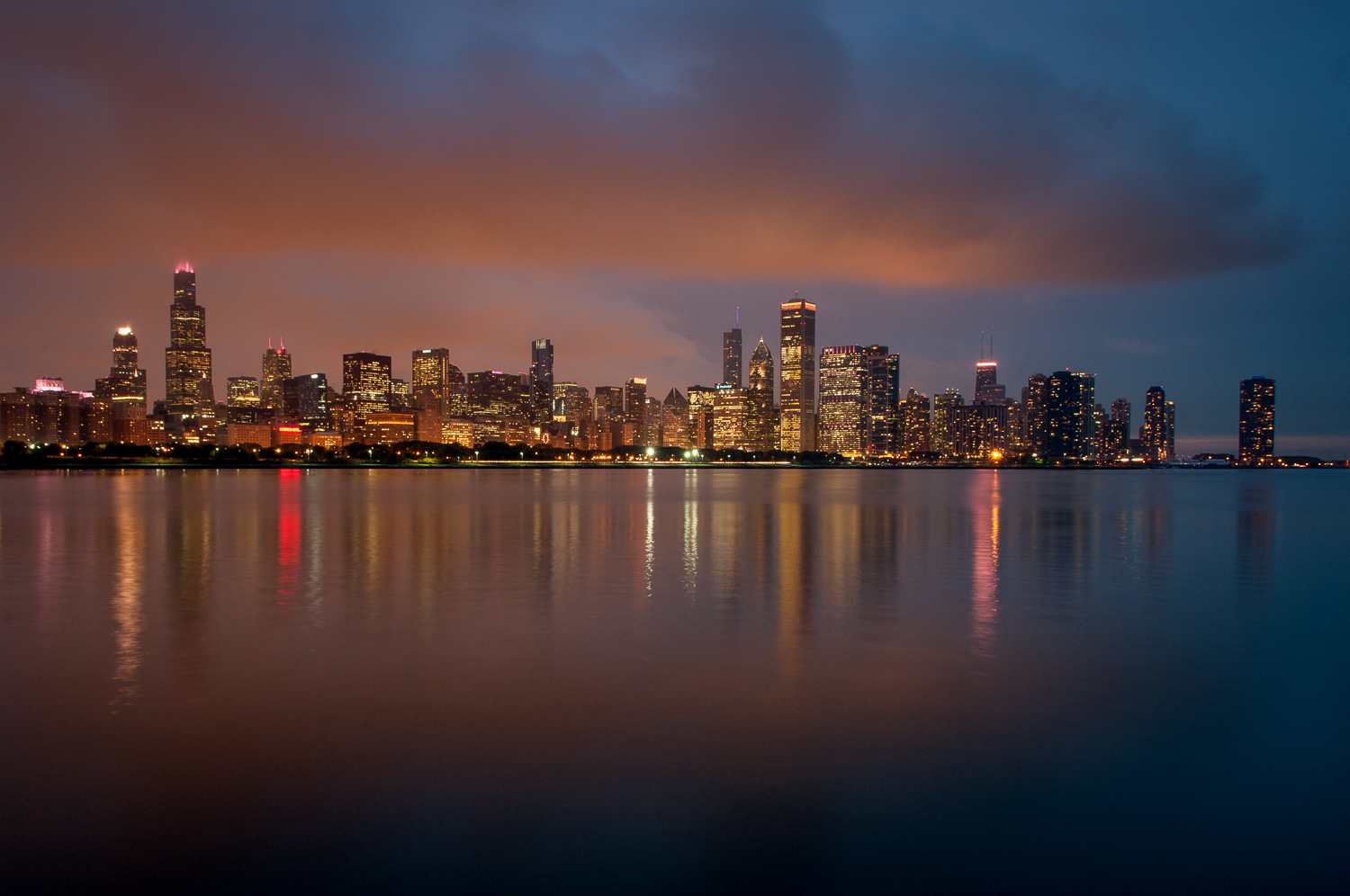 Originally home to the world’s first skyscraper, Chicago has a lot to offer people interested in architecture. The cities skyline is one of the most famous in the world. As such I spent a long time researching and hunting out possible locations to capture a good view of the downtown area and its huge buildings, old and new. Being on the shore of Lake Michigan I hoped to find a viewpoint close to the Loop but also with some of the Lake in the foreground. Water and cities at dusk are often worth photographing. At first I had imagined needing to be on a boat to capture the above type of image. There are two areas that protrude out into the lake. To the north is Navy Pier and to the south is Northerly Island. After hours of walking and working out where the sun would be setting and what buildings in the skyline were the most important in my photograph, Northerly Island was the best choice. Stood in front of the Alder Planetarium looking North West back to the downtown area, this was the view at dusk.