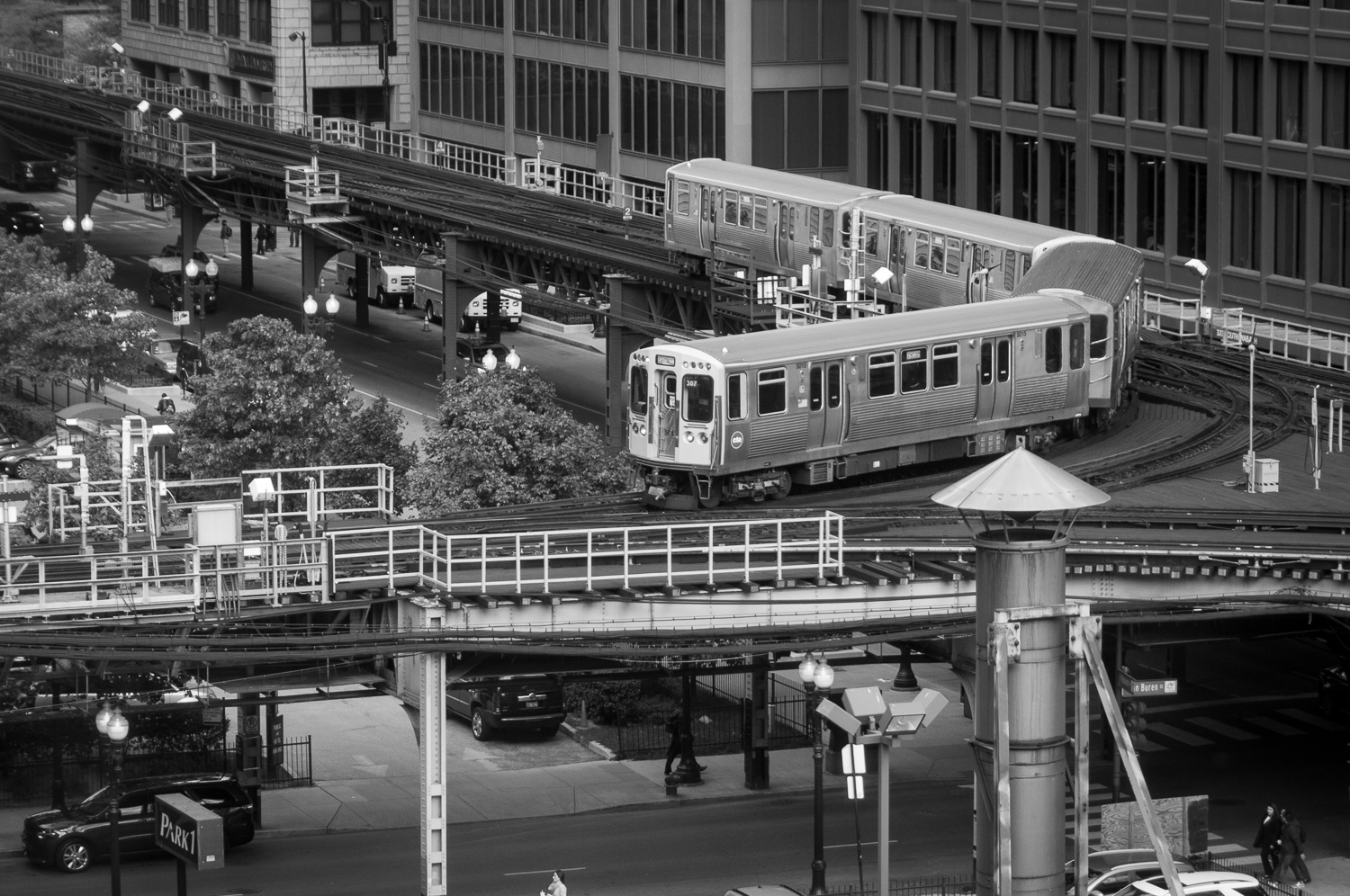 “L” or sometimes written as “el” is short for elevated, as you can see from this photograph. The first L train began running in June 1892 making it one of the oldest networks of its type in the world. It is one of the many iconic features of the city and has appeared in a number of tv shows and movies including Batman and Spiderman. Because of the age of the network I felt that this photograph looked best converted to black and white to give it an almost vintage look. This was taken from the back of the Hostelling International Chicago building looking north. The train was coming towards the camera turning from above South Wabash Avenue to over East Van Buren Street in the heart of the Loop area of the city centre.