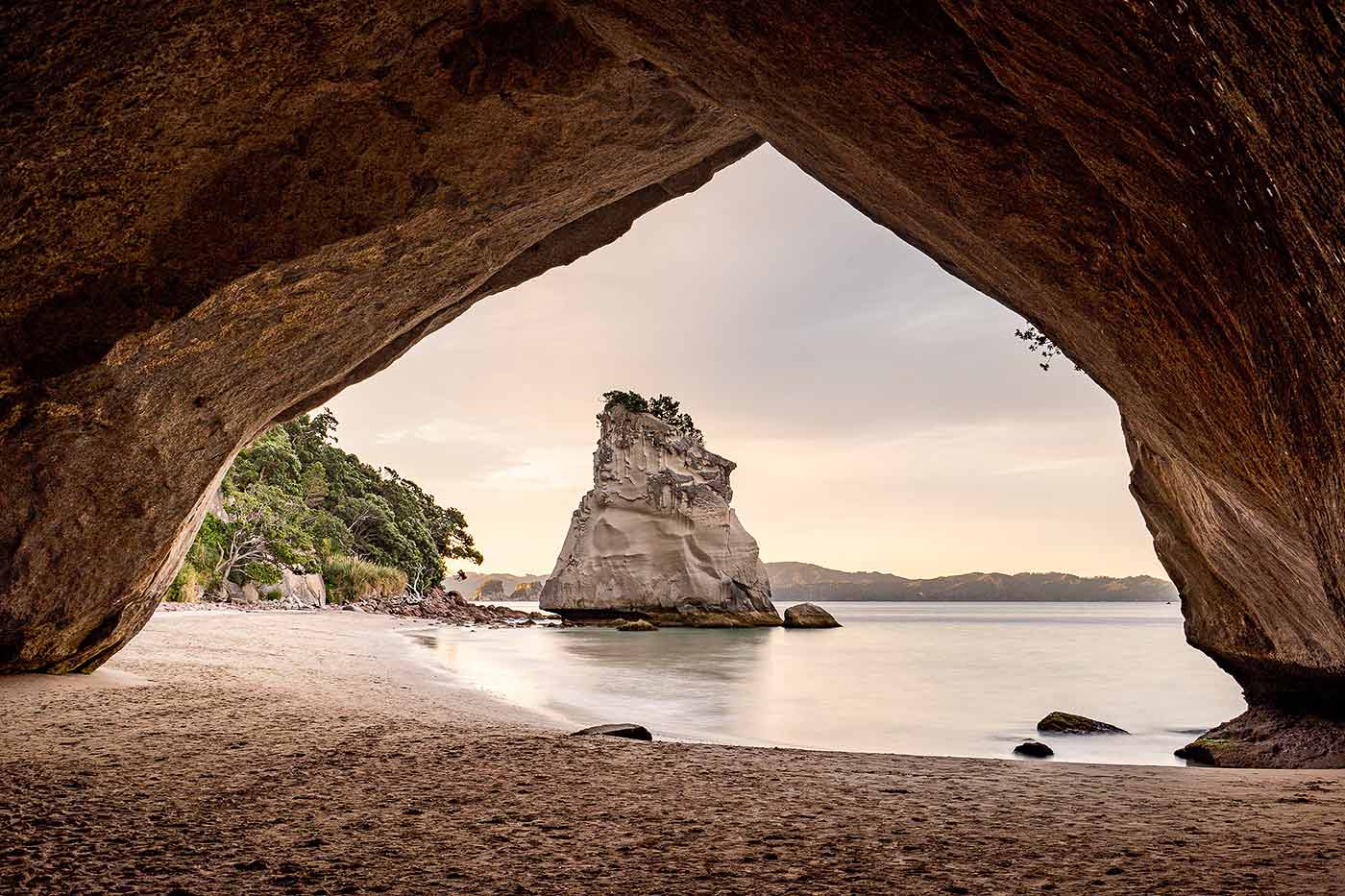 Te Whanganui-A-Hei (Cathedral Cove) Marine Reserve is in the east coast of the Cornmandel peninsula. It’s one of the regions most popular tourist attractions. Having visited this area before I was keen to walk down there as I hadn’t made time to do this in the past. This photograph was the main reason I decided to stay the night in the nearby town of Hariri. I wish I could have stayed longer. The photograph was taken at 8pm in the evening in mid November so the sun had just set. I wanted to capture the detail in the top of the archway as well as the famous Te Hoho Rock behind. This was taken on a tripod with a 6 second exposure. I didn’t bring torches to get back up the footpath which is a good lesson learned to keep a torch in the bag. There was quite a few people around but I got lucky to not include them in this view. 5 minutes later there were many people. It would be interesting to go back in winter and see if there could be some stars behind the rock on a clear night.