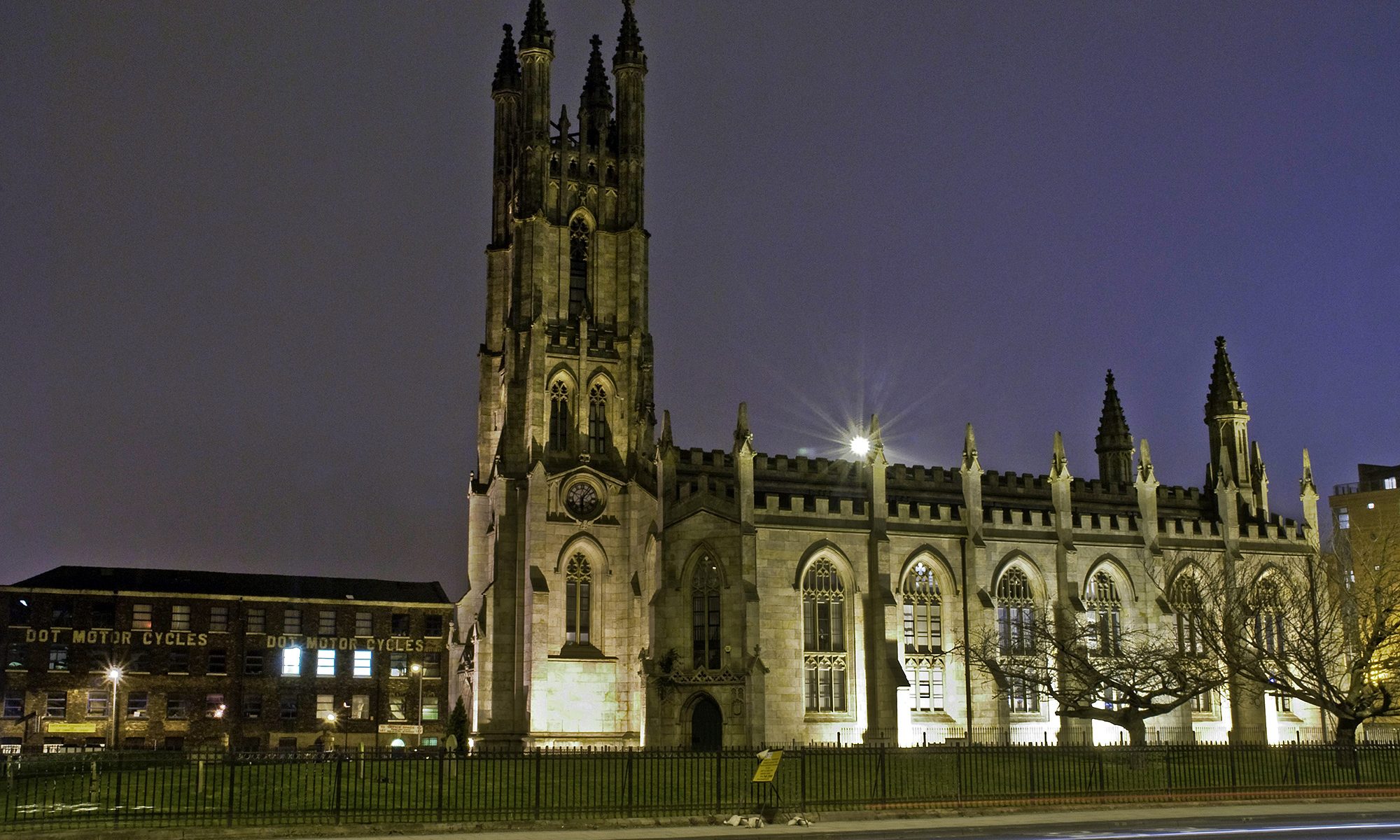 This is one of the night shots that was too much work for me to put online at the time I took it. Because of the aperture used, a lot of sensor dust and dirt on the front of my lens showed up in the sky. However it was quicker than I originally thought to remove. This building used to be a Cathedral or large Church on the edge of the Hulme and Castlefield regions of Manchester. It has now been converted into apartments. Sadly I have never been inside, but I do find it a little creepy that the grave stones are still there.