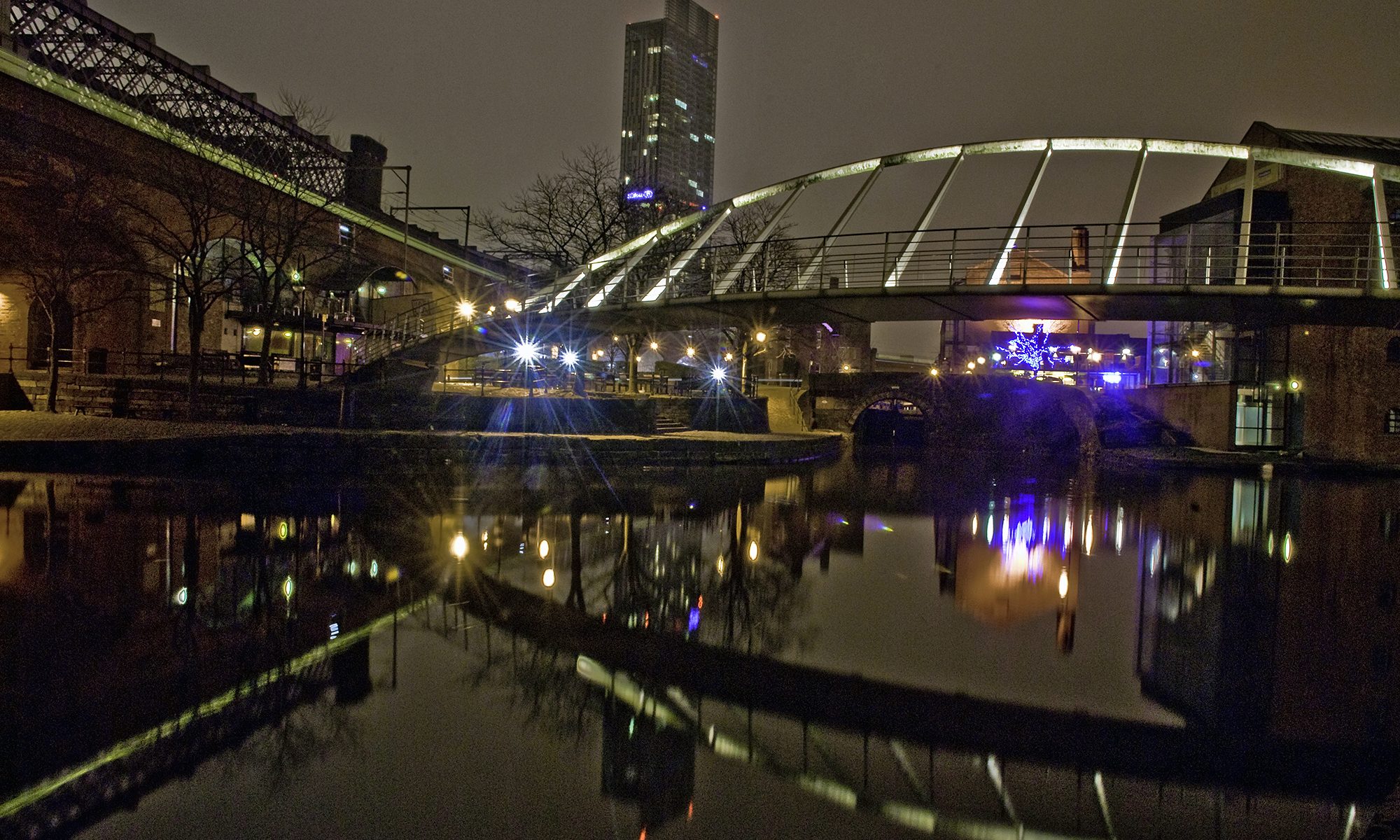 I have probably published too many photos of Castlefield’s Millennium Bridge, but I wanted to show you this view to illustrate the dramatically different effects of night and day in urban environments, especially when they feature water. Below you can see an older photo taken around midday, whereas in the above view taken closer to midnight there is a harsh contrast. I much prefer the newer photo taken with the camera on a tripod, allowing me to set a long exposure. The only problem is the bright lights from the bars create a starred effect, which some people like and some don’t.