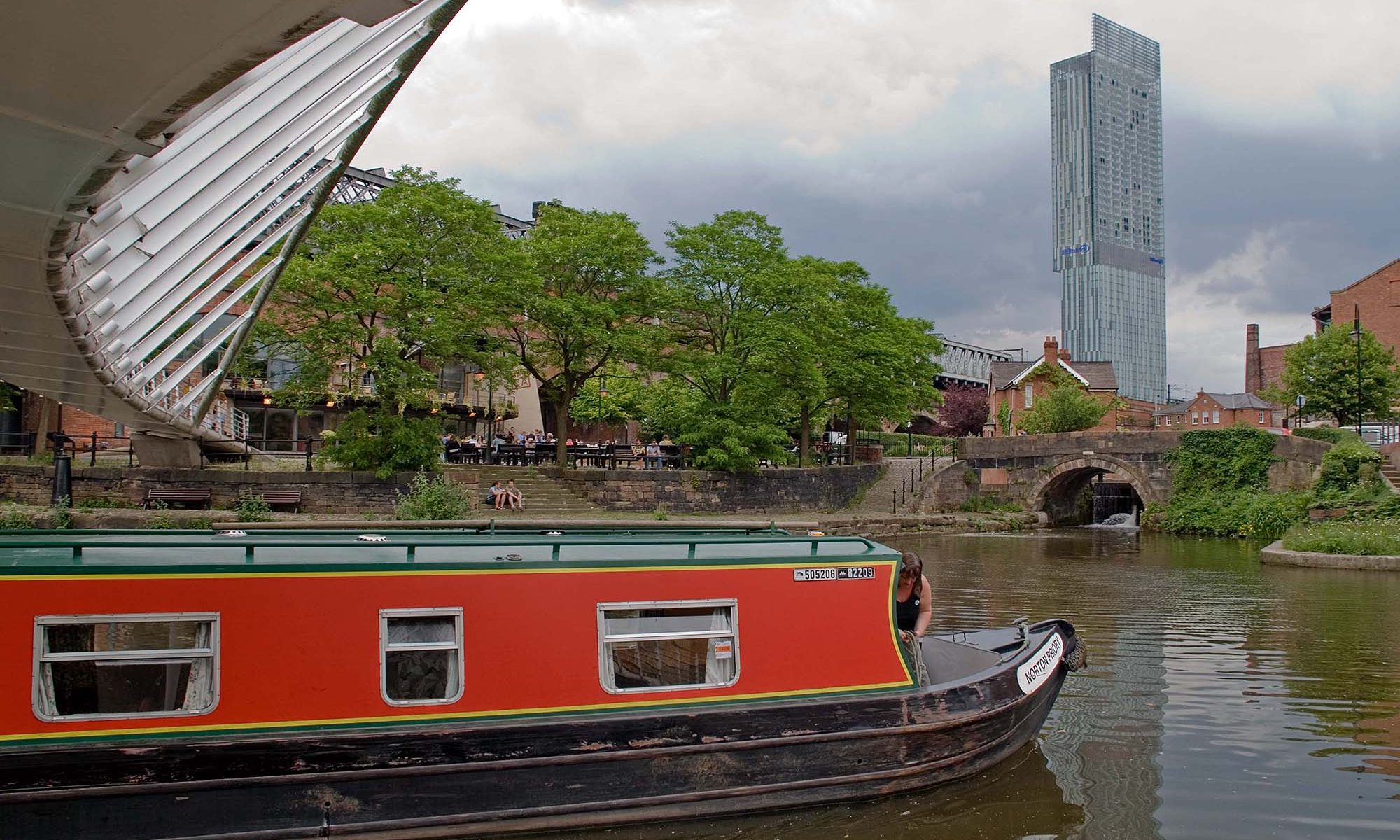 This afternoon Mark and I went for a photo walk around town. I wanted to get the tram over to Salford Quays but the trams weren’t working so we decided to head into the city centre. We ended up walking around Piccadilly Gardens, then up to Salford station and around some of the industrial areas of Salford that I had never explored before. The photograph above was taken in Castlefield. We were both disappointed with todays weather, it was very warm but rather humid and really overcast. After walking about five miles and only taking half a dozen pictures I was pleased to see some canal barges on the water at Castlefield.

I could see that the red barge in this picture was heading under the bridge so set up my camera quickly. Unfortunately they stopped just before the bridge. One of the people on the boat came and asked me how close they were to the city centre, obviously they were on holiday. I told them what was around the area and how far things were. They could see I wanted to get a picture of their boat and I told them there was more areas of moor up the boats around the other side, so they moved on and went under the bridge. It isn’t an award winning photograph or anything special but I did wait for about half an hour for the boat so I wanted to share it with you.