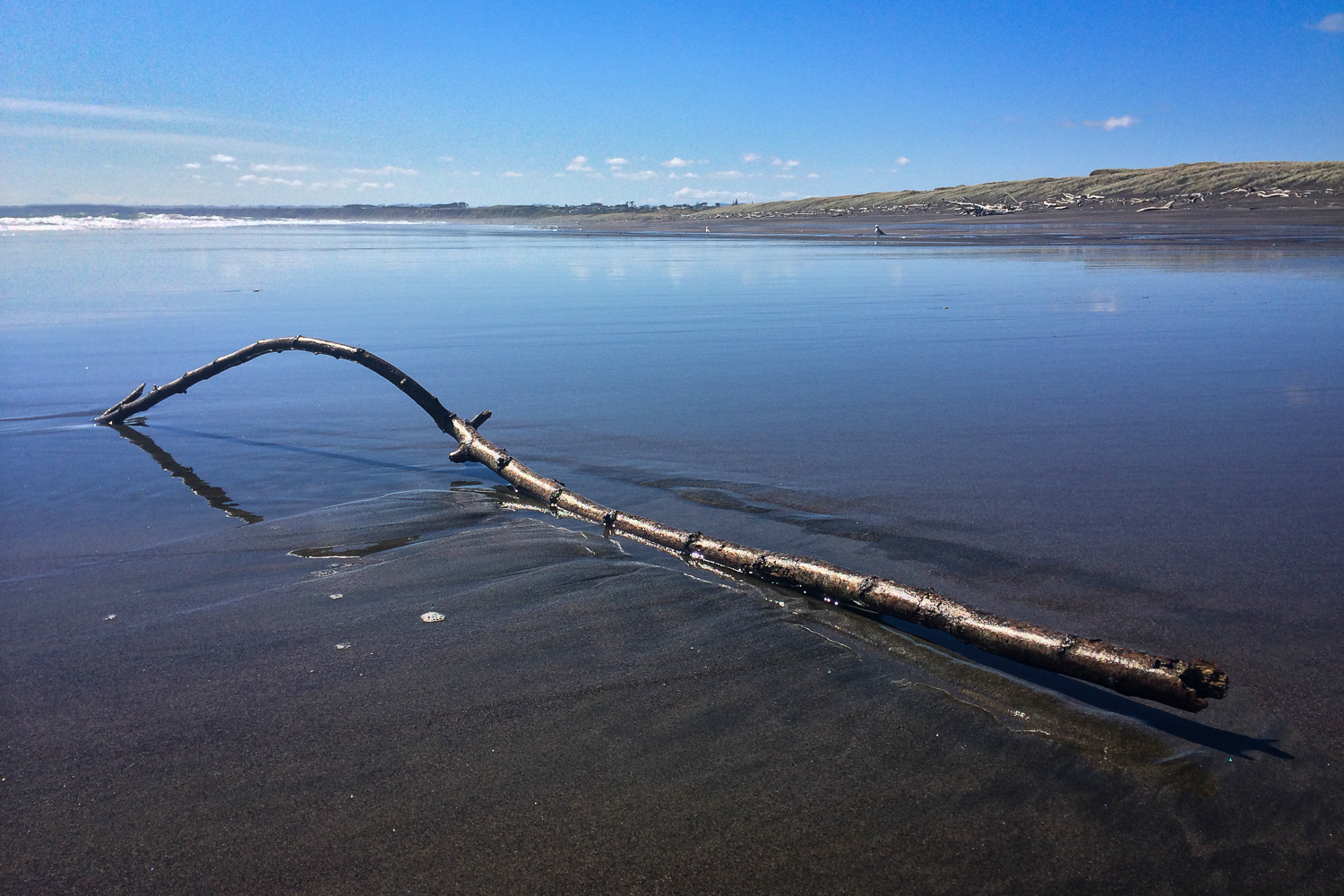 One of the many beaches in New Zealand that I’ve photographed which has black sand. This is common on many of the west coast beaches. This was taken in the North Island just a couple of kilometres west of Whanganui where we were staying for just one night on our drive up to Auckland. The tide is way out and the bay extends quite a long way into the distance. Castlecliff beach is part of the South Taranki Blight which is a huge bay extending for many miles around the south west corner of the north island.

Taken in the late afternoon and I really like the reflections on this very still water. I got a few shots that seemed quite plain, just blue sky and blue reflections with a thin bit of land in the middle of the picture. So I looked around the beach and found this pretty small piece of drift wood. Kneeing down low and getting close to it I was able to capture this photograph. It adds interest with the drift wood by breaking up the water and putting the land on the top third of the frame.