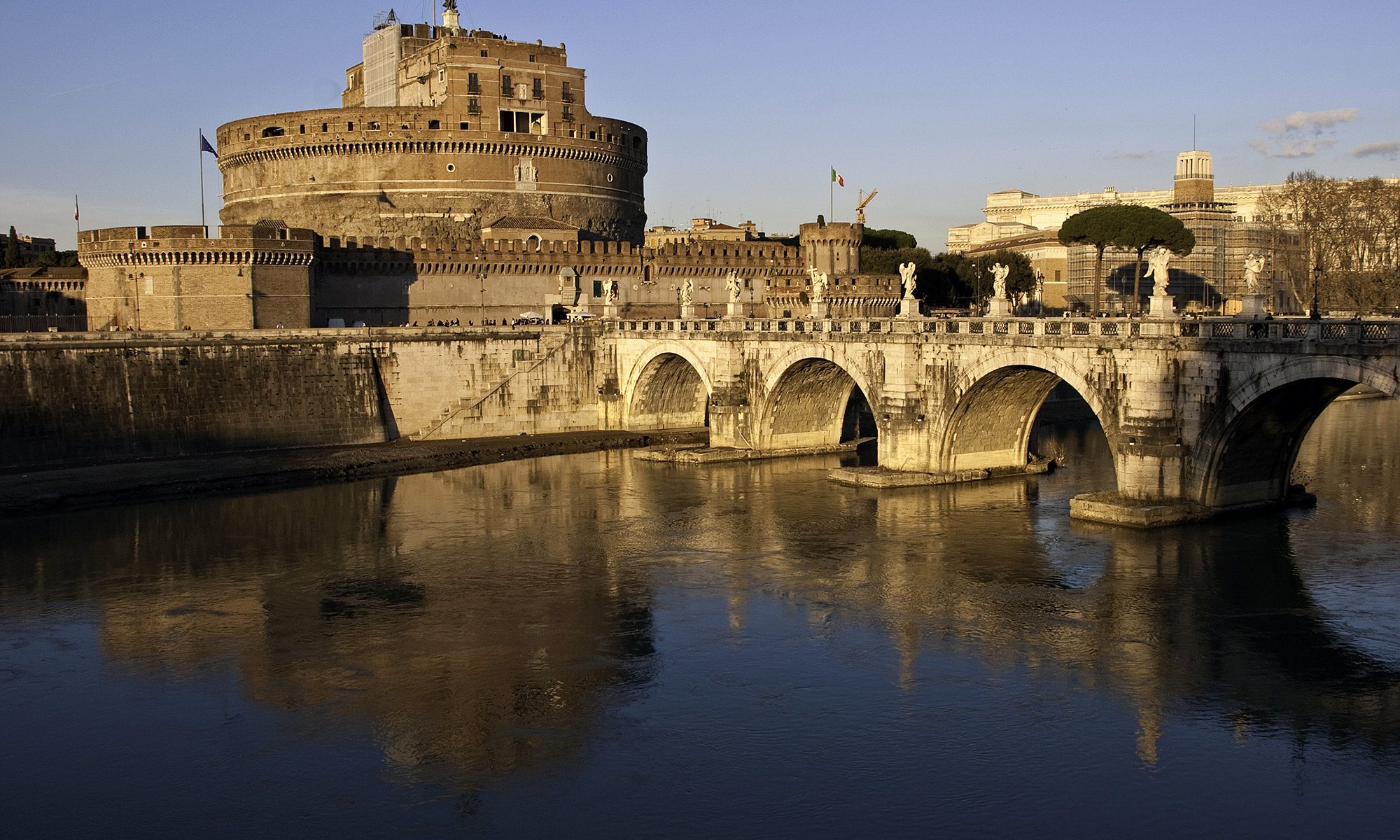 Castel Sant’Angelo was built by the Roman Emperor Hadrian as a monument to himself, although it was later used as a fortress, residence of the Pope, prison and now a museum. It was built between 135 and 139 AD. As you can see from the photograph above, it sits on the bank of the River Tiber with the bridge called the Ponte Sant’Angelo leading to it.