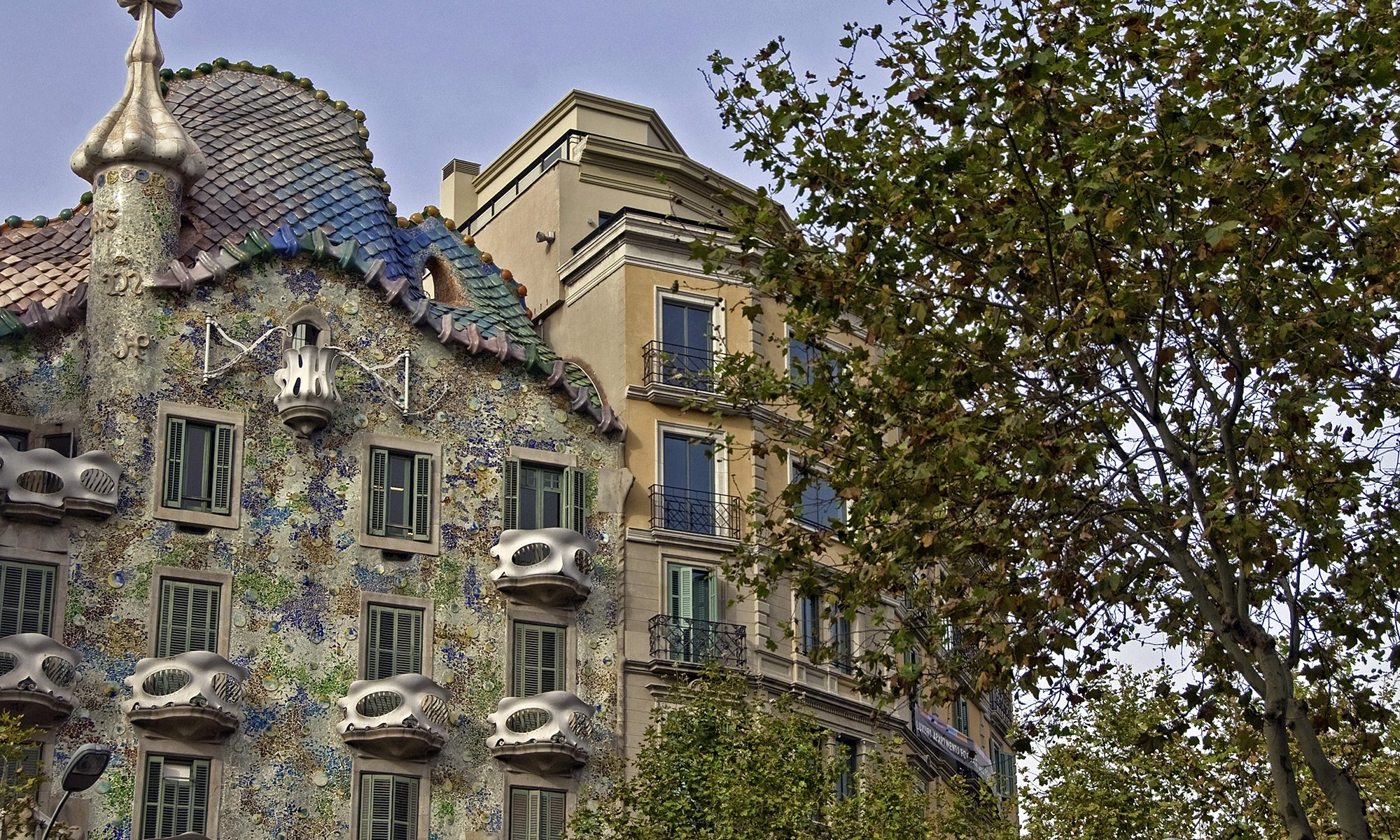 Out of the examples of Gaudi’s work that I have photographed so far, this is one of the most awkward, because of the buildings placement in the city of Barcelona. With a long lens you can capture its extraordinary details, but to get the full frontal view is almost impossible without many distracting elements. Standing on the street there are four lines of traffic on a busy main road, bus stops on each side of the road and masses of people and distracting signs and other street furniture. In the end this image was taken of the top half of the building from the top deck of the Tourist Bus.

This building wasn’t strictly speaking designed by Antoni Gaudi, but rather it was restored by him and Josep Maria Jujol. It was built in the year 1877 and remodelled in the years 1905 to 1907.