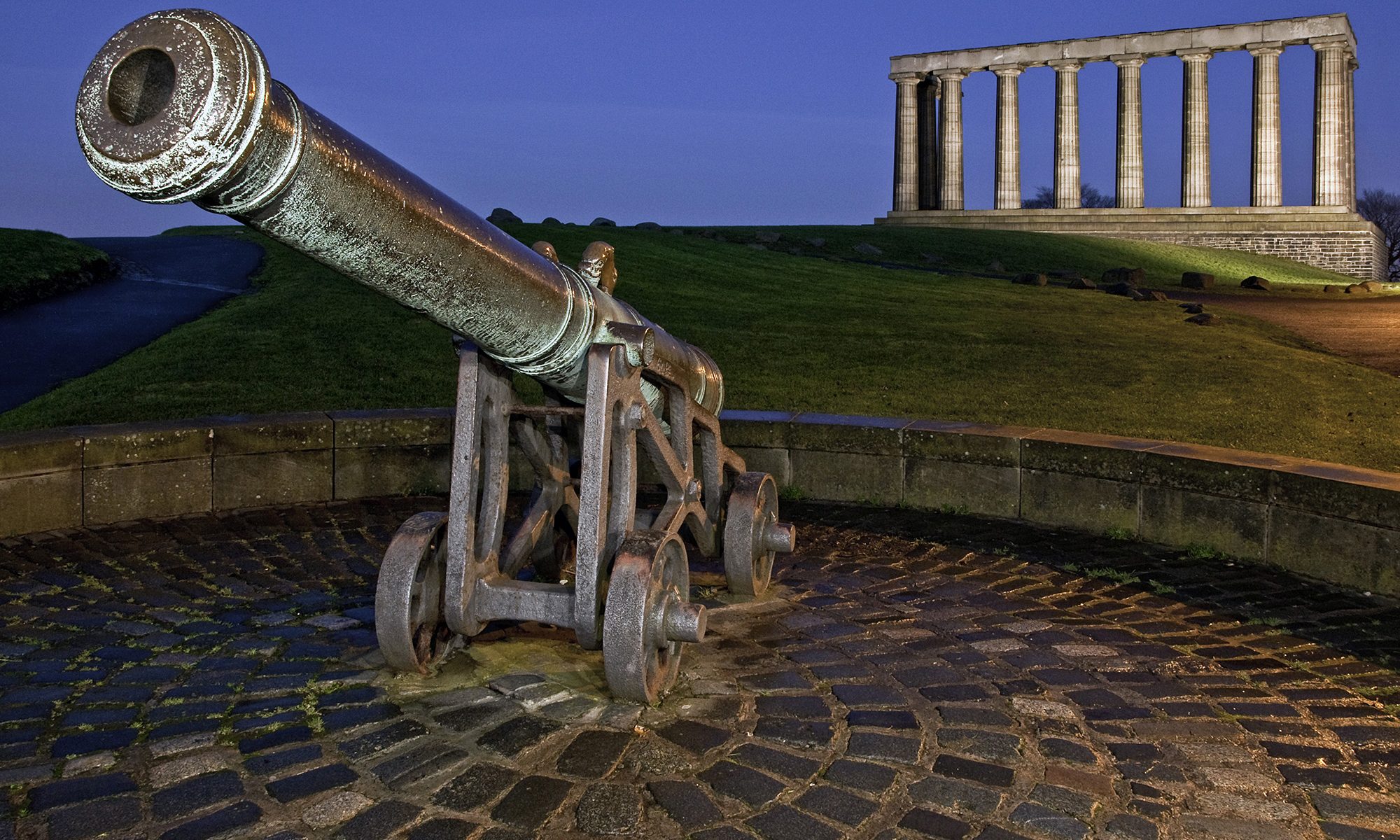 Here is a complex photograph that has been a few years in the planning stages. Firstly, I took a very similar picture on a lovely summer afternoon with a wider angle lens, but this caused a lot of distortion and the weathered colour and texture detail on the barrel of the cannon were far from apparent. So a set up at dusk was the order of the day, however I usually visit Edinburgh in June rather than December.

This December I was fortunate to return, with this as number two or three on my long list of photographs to shoot. I used an 18mm lens and a ten second exposure, obviously the camera was on a tripod. In the background we can see the National Monument which is lit by one massive floodlight. The cannon was very dark so I brought out the flash gun to fire a few bursts of artificial light at it. The tripod legs were spread extremely wide to give a sturdy but low view point and I wanted to create an even and “unflashed” look so chose to hand hold the flash as I moved around the cannon.