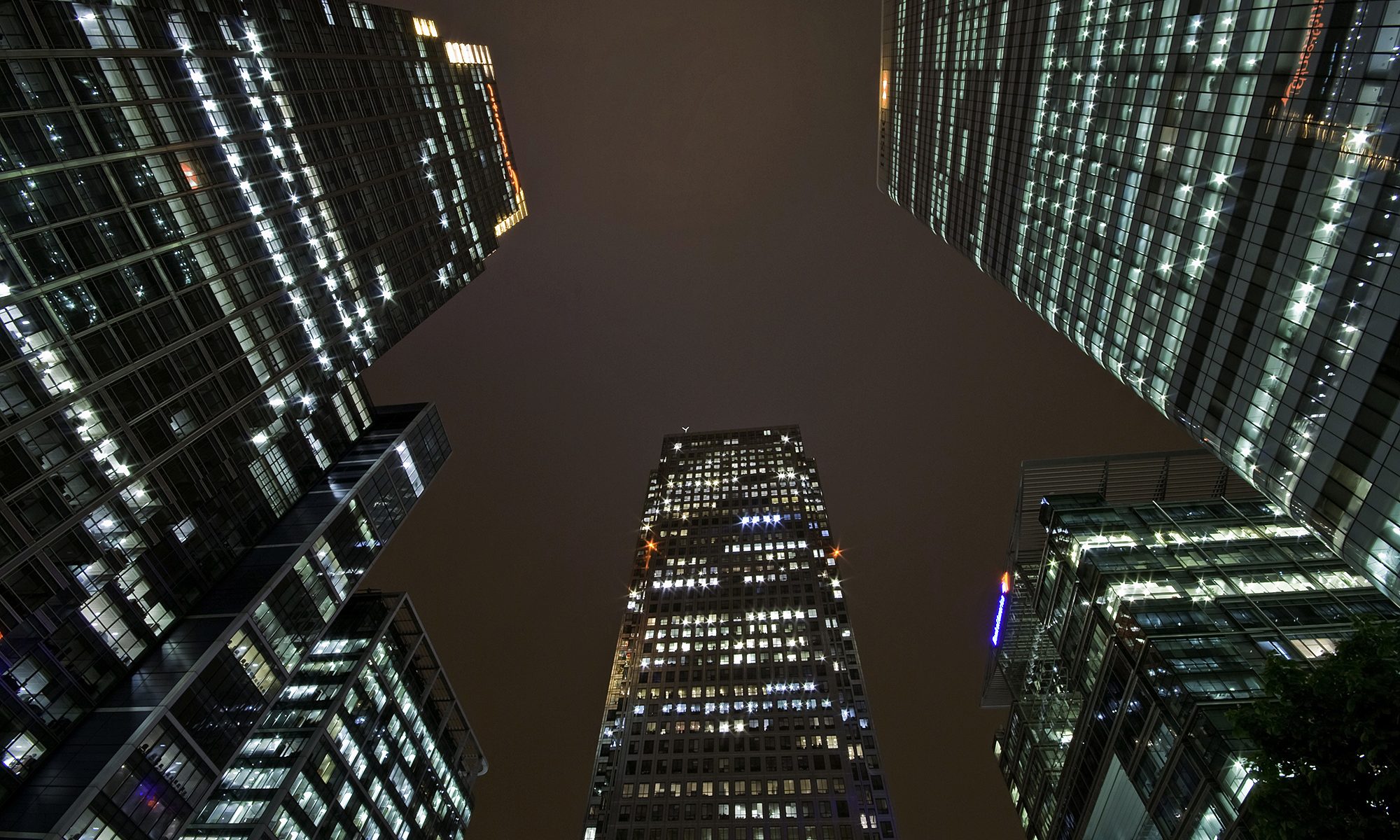 Every since I found myself looking up at these three skyscrapers in Canary Wharf back in January 2007 I knew that this would make an interesting photograph. Unfortunately I didn’t return till last Friday night, but on the bright side I had my new 10-20mm super wide angle lens. The Canary Wharf Tower (or One Canada Square) is the one in the centre of the photo and currently the tallest building in the UK at 235.1 metres (771 ft). Followed by Citigroup Centre on the left and 8 Canada Square on the right of this picture which both stand at 199.5 metres (654 ft). One Canada Square looks a lot smaller than the other buildings in this photograph because it was much further away from my lens.