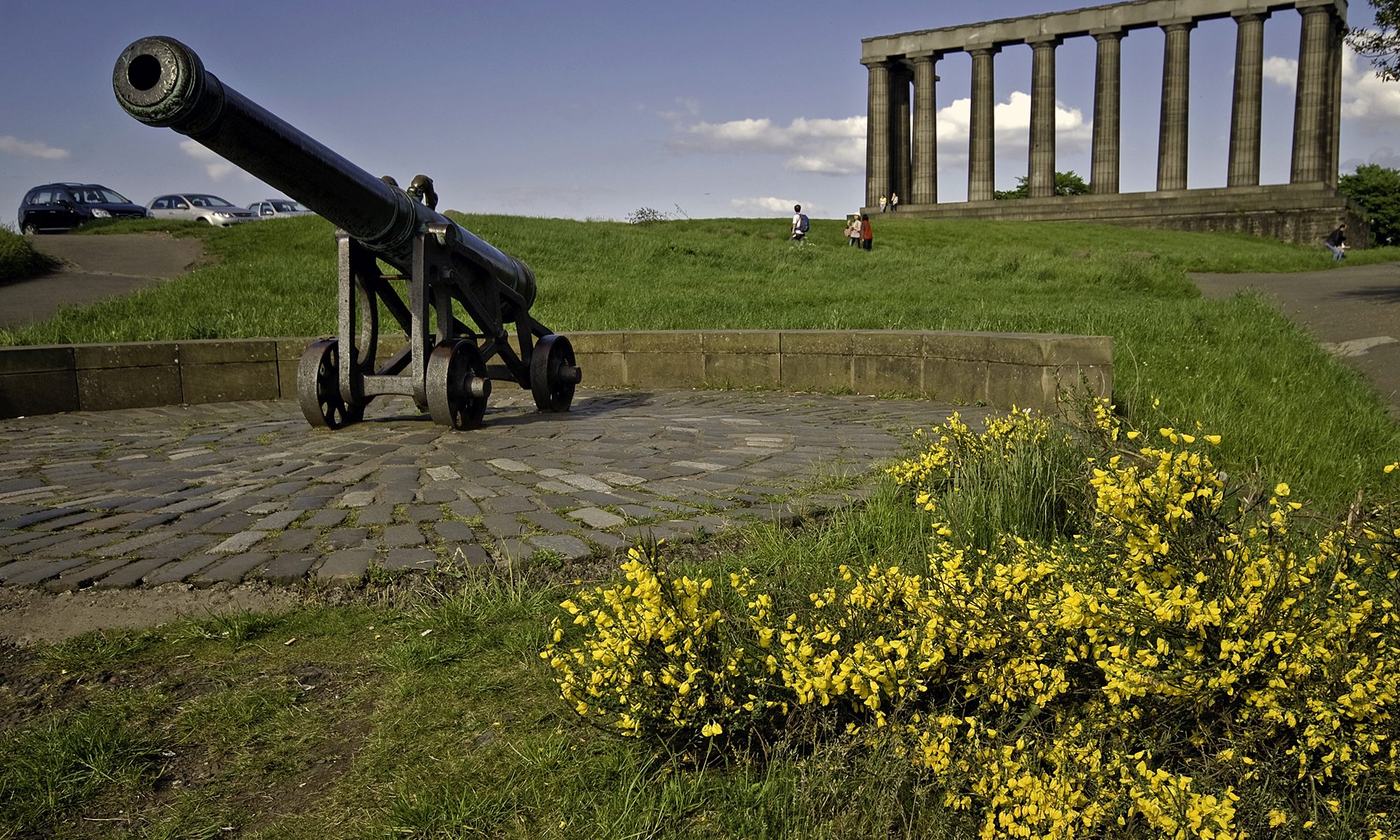 The Calton Hill Canon and National Monument seem to work well in this photo, which was more of a test than anything. Again it was using the Sigma 10-20mm super wide angle lens to get everything in. Having such a wide angle (more than your field of view) makes things distorted and here I would have anticipated that the distortions would be much worse than they actually are. The barrel of the canon is much shorter than it appears here, but the National Monument in the top right of the frame does not show converging verticals, probably because of the low angle the camera was pointing in order to include the yellow foliage in the bottom left. I feel this yellow contrasts well against the blue of the sky.