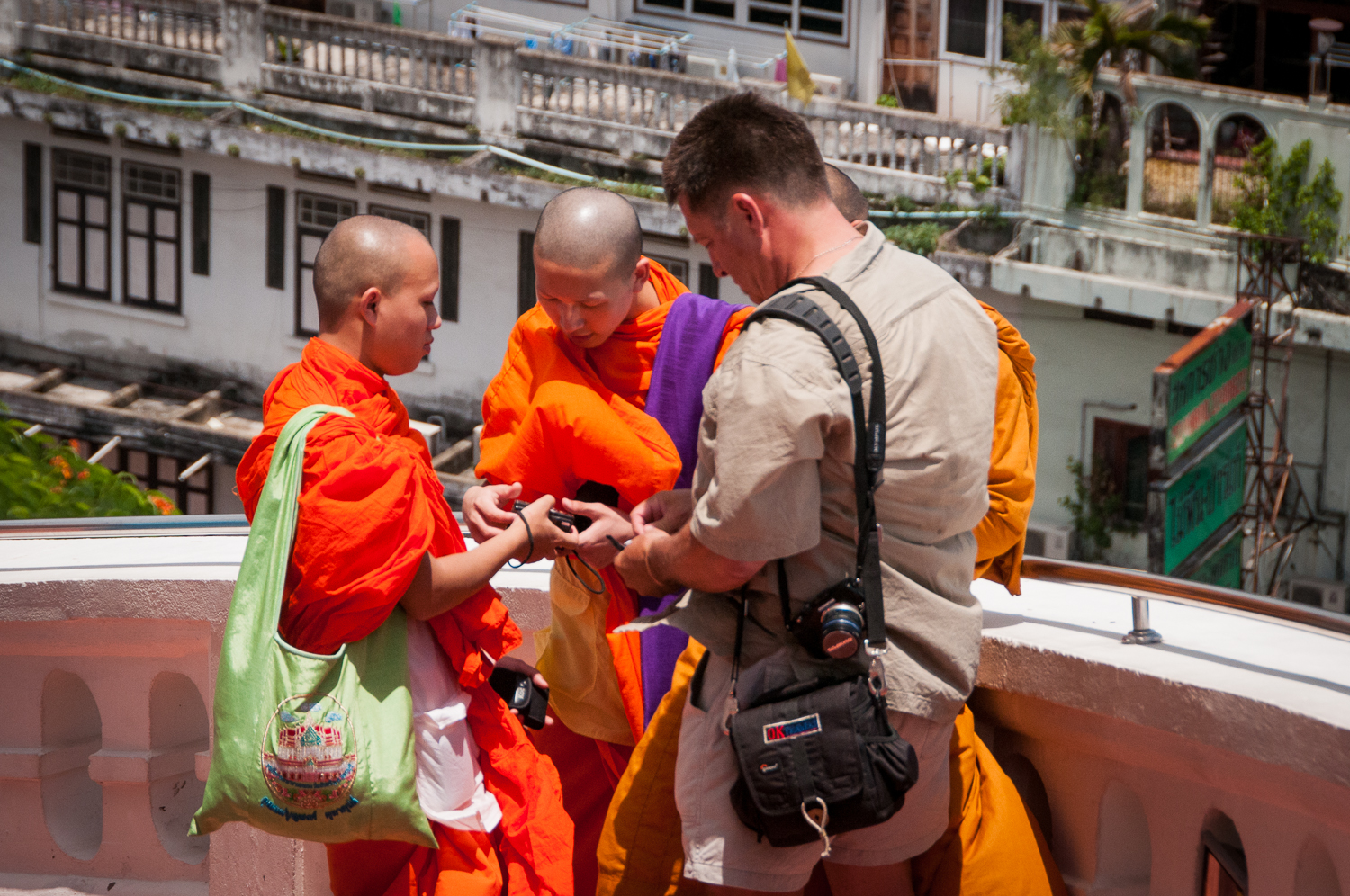 Walking down the steps from the top of Wat Saket I came across this exchange. The three men in orange are Buddhist Monks and the man talking to them was obviously a tourist. It was a quick snap shot that tells a story. Once captured I stopped for a second to watch the exchange.