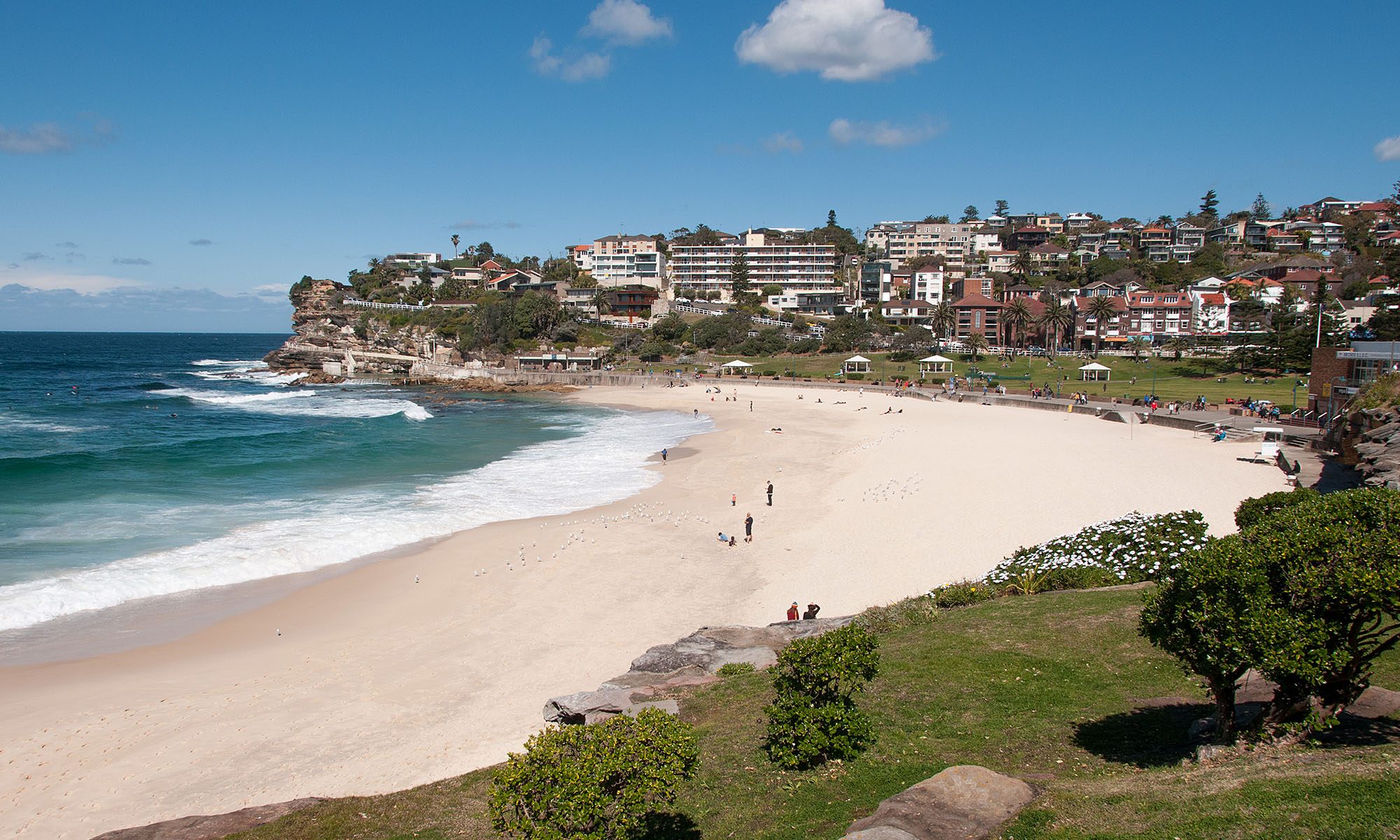 Bronte beach is about 2.5km south of Bondi beach on Nelson Bay. My cousin in law Ian (who lived in Sydney for a couple of years) suggested a visit and after finding it was so close to Bondi I decided to walk along the coastline. It was one of the best coastal walks I have been on in perfect weather. We’re not the only ones who think that Bronte is something special either, the Sydney Morning Herald’s “Good Suburbs Guide” declared Bronte the best of Sydney’s 641 suburbs!