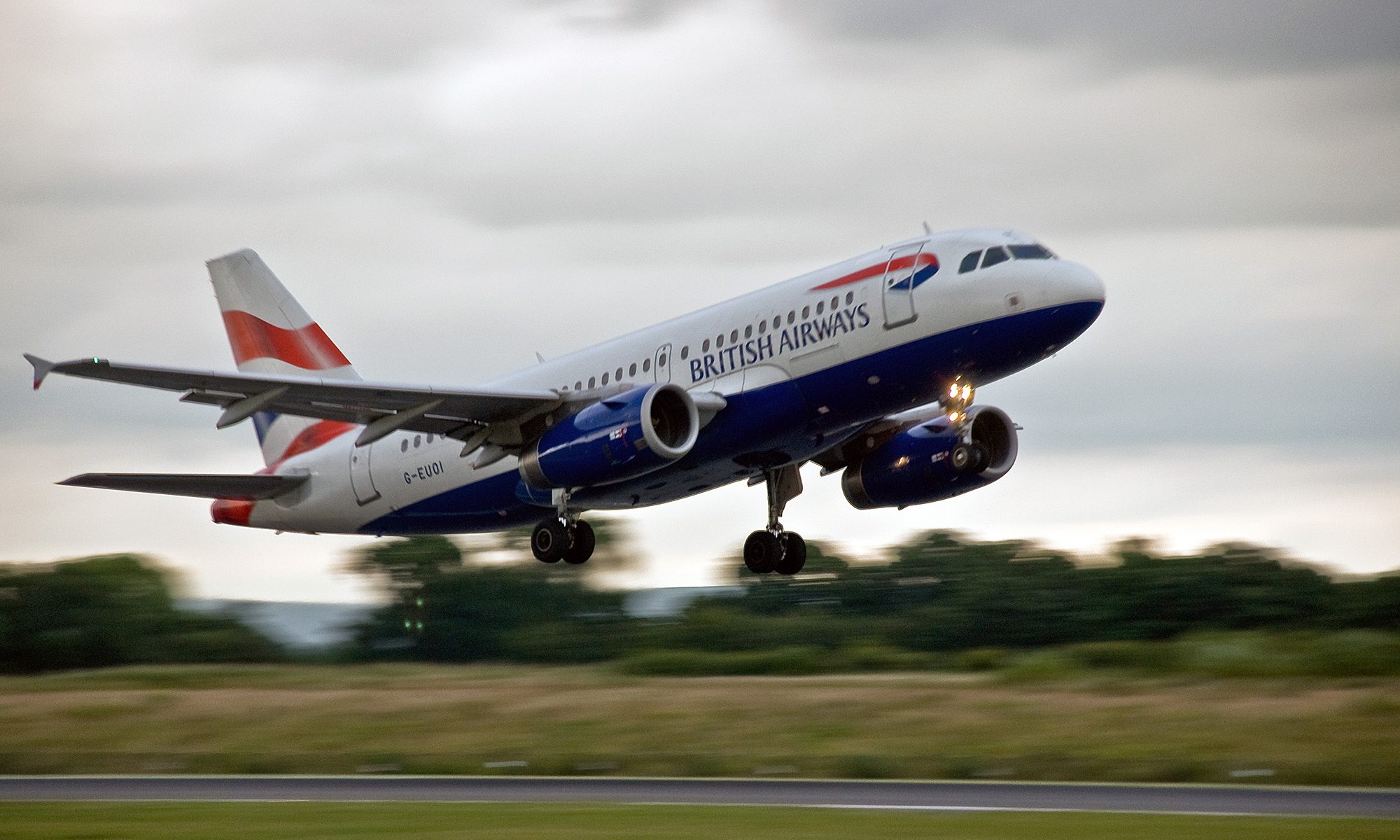 Since fixing my mountain bike last week I was keen to go for a decent cycle ride today, so my mate Ciaran and I went down to Ashley village to explore some of the local footpaths I had seen on Google Earth. They were mainly through farmers fields and after about two miles of biking through mud we had to stop, as Manchester Airport’s second runway had been built across our footpath. So we decided to make the most of it and get some more photographs of aeroplanes taking off. A difficult place to get to but some of the best views of planes leaving the tarmac at Manchester. The plane in the image above is a British Airways Airbus A319, just leaving the runway heading west. When I got back to the main road my bike had a flat tyre so I ended up walking about three or four miles back home, the things I do to bring you new photographs!