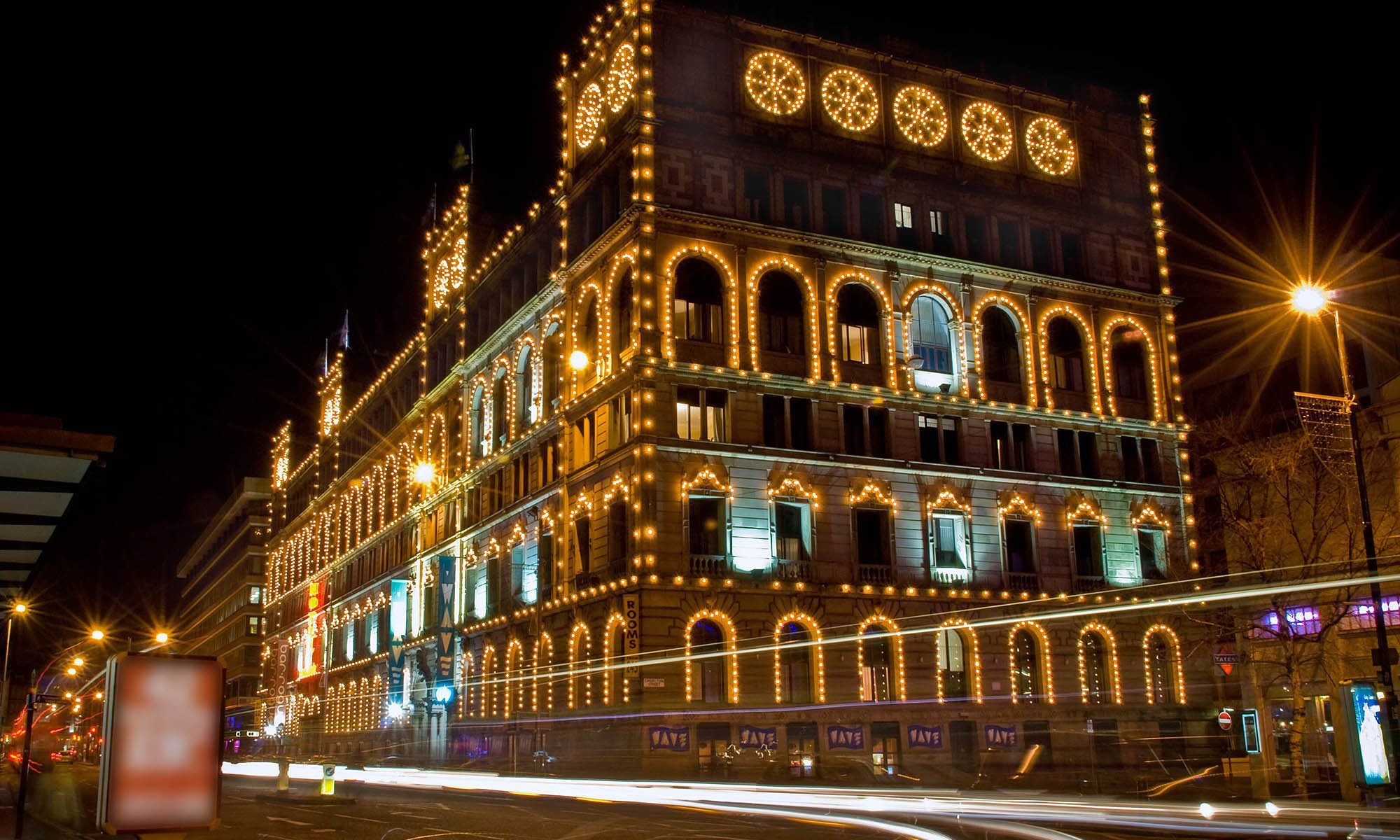 I go past this hotel every time I walk into the city centre and always think to myself “that would make a great photograph at night”. Well here it is, but two points that might interest you, firstly the advert in the bottom left of this image was impossible to not include without standing in the middle of the road so I blurred it out using Photoshop to make it a little less distracting. If you can guess what company this advert is from in the comments then you impress me.

During this 20 second exposure a bus and dozens of people went by in front of the camera, people don’t generally have lights on them so they don’t show up but the light trails from the bus can be seen if you look closely. Portland Street is a very busy street with a lot of traffic and any time of the day, there are two major bus / coach stations within 200 yards of where this photograph was taken so it would be almost impossible not to get some traffic in the picture, but I feel that it adds to this image.