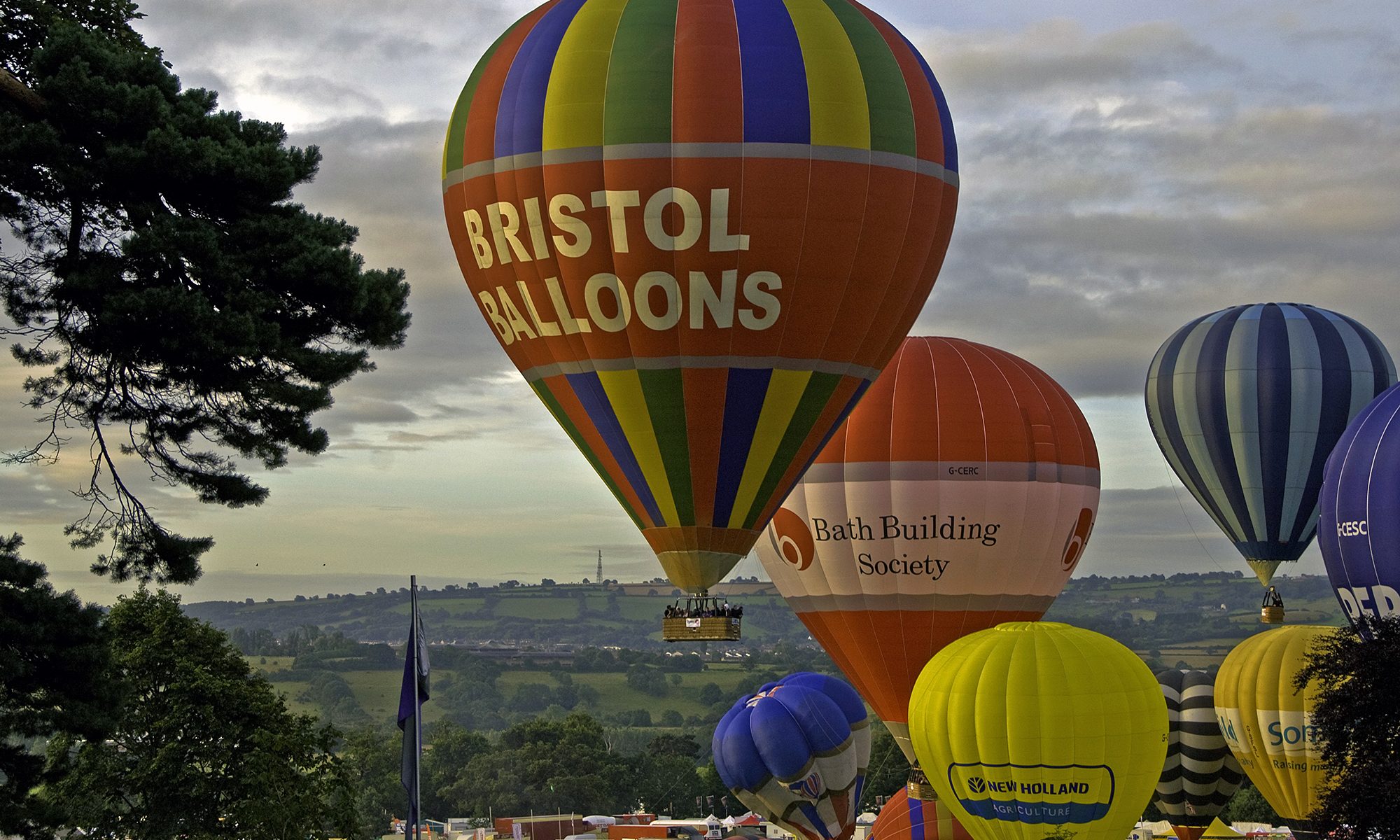 This past weekend brought with it the 30th anniversary of Bristol’s International Balloon Fiesta. The main balloon pictured is from team Bristol Balloons and flown by Mike Jennings. The fiesta takes place at Ashton Court and is the biggest of its kind in Europe with mass launches of up to 130 balloons taking flight at once.

I had heard many good things from photographers and non-photographers alike so it was time I took some photos of the balloons. I got down there on Friday and went down for the start of the evening launch, not getting many photos. It didn’t matter to me because the light wasn’t great, but I worked out where the sun would be at sunrise and sunset (the two flight times for the mass launches). On the Saturday getting out of bed at 4:45am was easy when I thought about getting photos of balloons rising with the sun, unfortunately we were probably half an hour too late, but I managed to get the above photograph.

Saturday night was what I was really looking forward to and after a midday nap I was sat on “Heaven Hill” with tripod up, umbrella up, sheltering from the rain when they announced that not only the evenings balloon launch was going to be cancelled but also the night glow, where they tie the inflated balloons down and have have a half hour firework display. I wasn’t expecting this because the forecast was raining from 5-7pm and this news came at half past five. By the time 9pm came (when the night glow was due to start) the wind had dropped, there was blue sky and no rain. Obviously I am extremely disappointed and may not be returning to Bristol for some time.