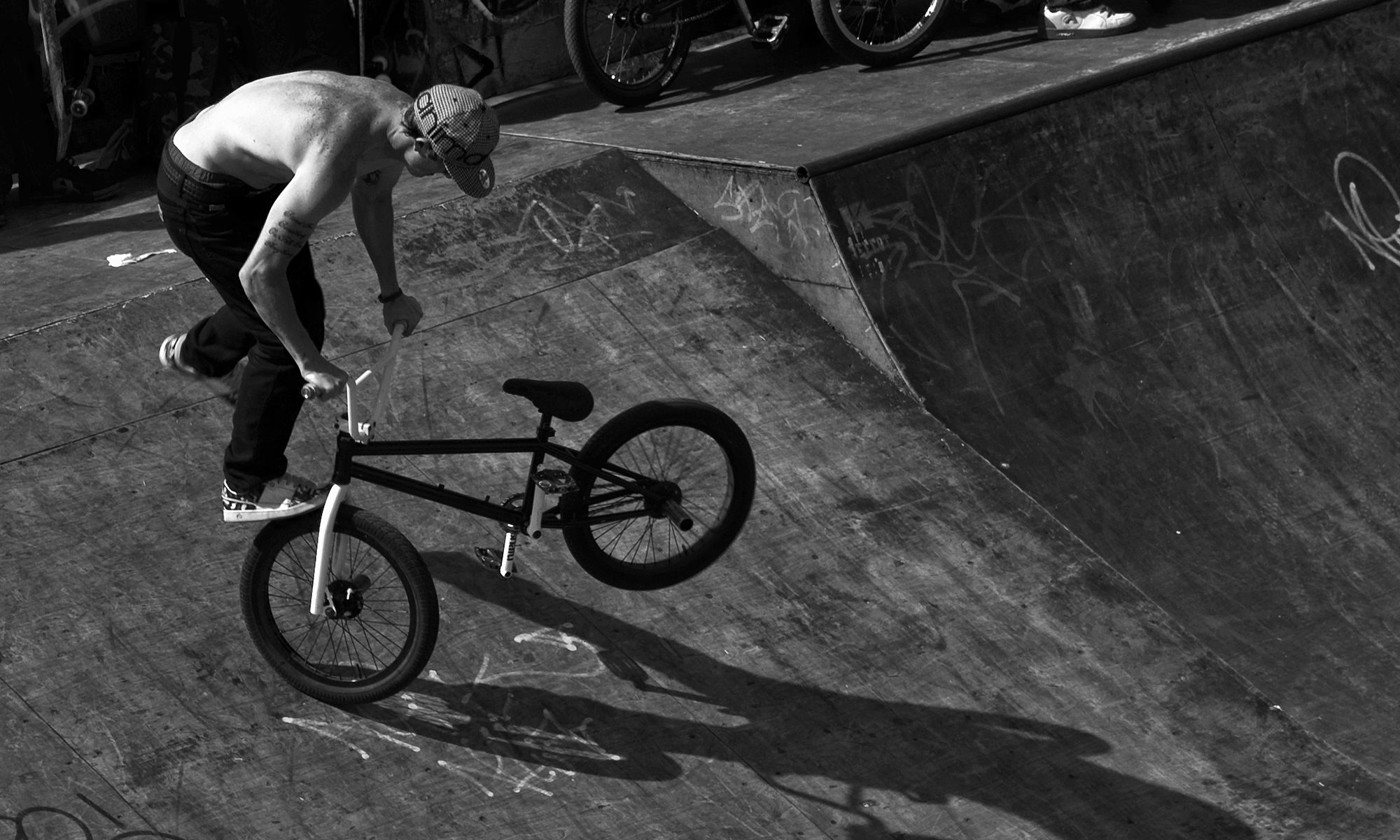 The above photograph is my favourite BMX photograph I have taken. It was a couple of weeks back that Mark and I were running around Southport trying to make the most of the strong sunlight and blue skies. As far as I know the rider pictured is doing a trick called the tailwhip. Having never been a BMX rider this is only from my quick research on the internet that I can tell you this. The trick basically involves jamming your right foot between the front wheel and the front fork of the bike, then whipping the rest of the bike all the way around (360 degrees) and then jumping over the bike and landing back onto the pedals. A difficult trick to start with but even more impressive on a ramp. In my opinion this trick makes for a good photograph but it is made even better by the way that the long shadow of the biker is down the ramp. There was very little colour in the original image, so I processed it in Photoshop CS3 to convert it to a black and white photograph.