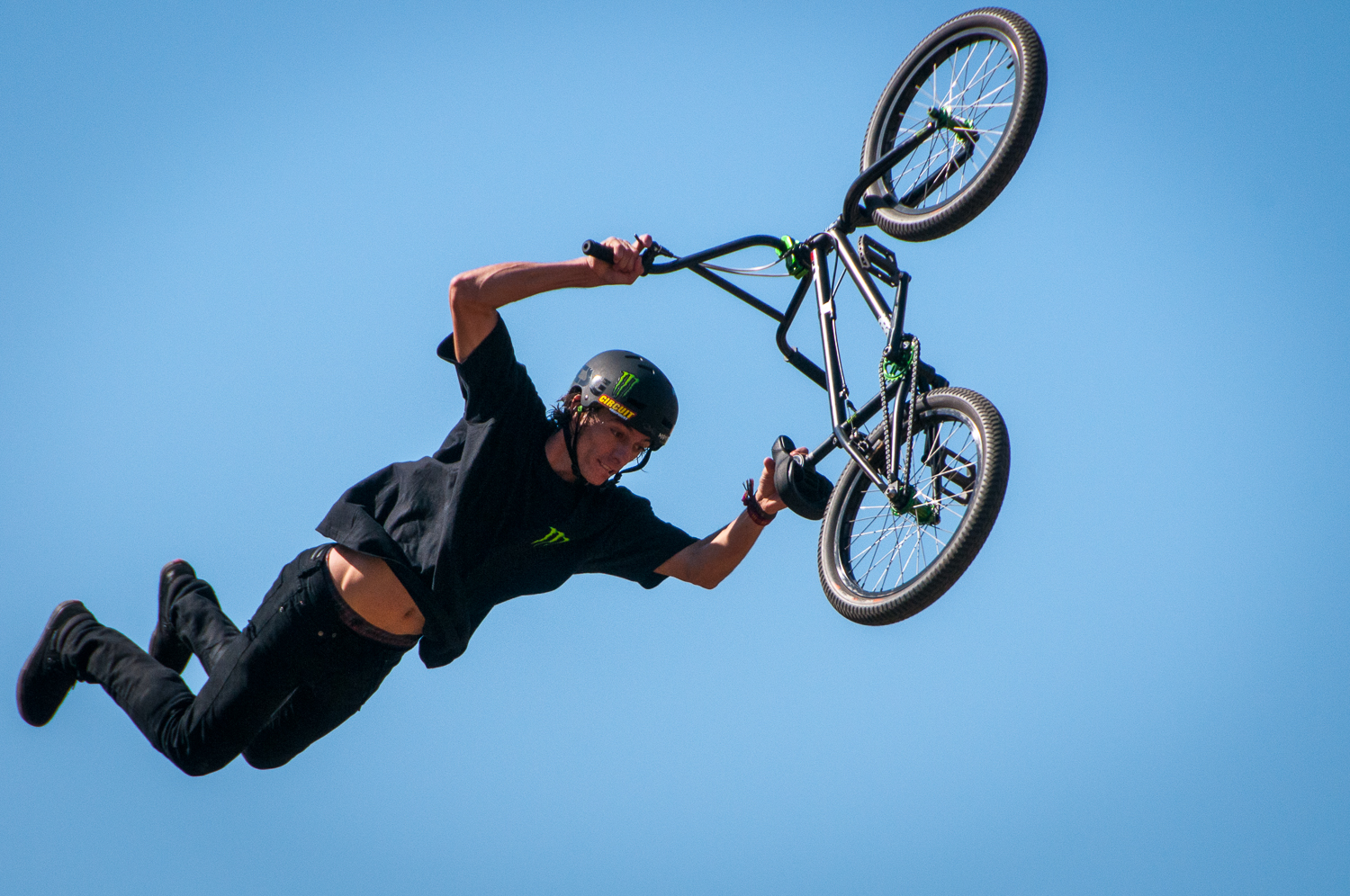 Walking down to San Francisco’s Civic Centre the last thing I was expecting was a sports event. I had planned an architectural photograph of the huge City Hall. What I found was an action sports festival called Dew Tour (sponsored by soft drinks brand Mountain Dew). There were many skaters and BMX riders doing huge jumps. As I had recently had a photo shoot at the Venice Beach Skate Park I focused on the BMX area. They had about half a dozen dirt jumps right in front of the Civic Centre and City Hall buildings. As always with such sports it can be tricky to capture the faces of the athletes but after hundreds of failed shots this is probably my favourite of the afternoon. I believe (please correct me if I’m wrong) that this trick is called a Superman.

One Reply to “BMX biker”