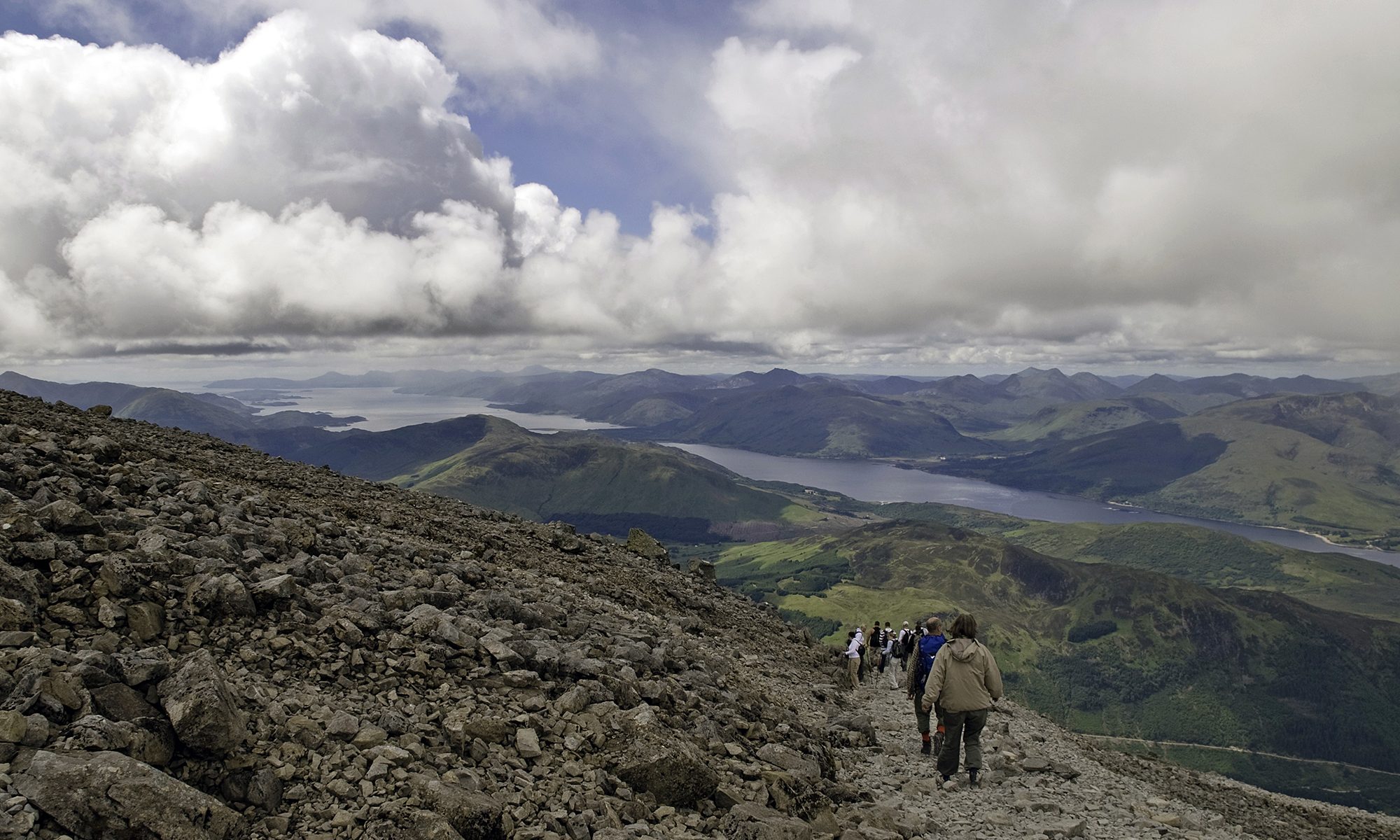 Ben Nevis is the highest mountain in Great Britain and last weekend I walked up it on my own. It was the first time I had ever done anything like this and I was told that there would be a lot of cloud at the top, so I should get photographs on the way up. On one of my many stops I had almost got up to carry on before I realised my camera was still in the bag and no photographs had been taken. Looking around I could see the light and sky changing constantly. At the point this image was taken I was at about 1100 metres, well over half way to the 1344 metre summit. There was a small area of snow to my right and you can see the path at the bottom right of the image. I feel very lucky, to have walked up Ben Nevis on a clear enough day to get such great views over the tops of the Scottish Highlands. As far as I know the area of water closest to the camera that we can see here is called Loch Linnhe and I was facing in a north westerly direction.