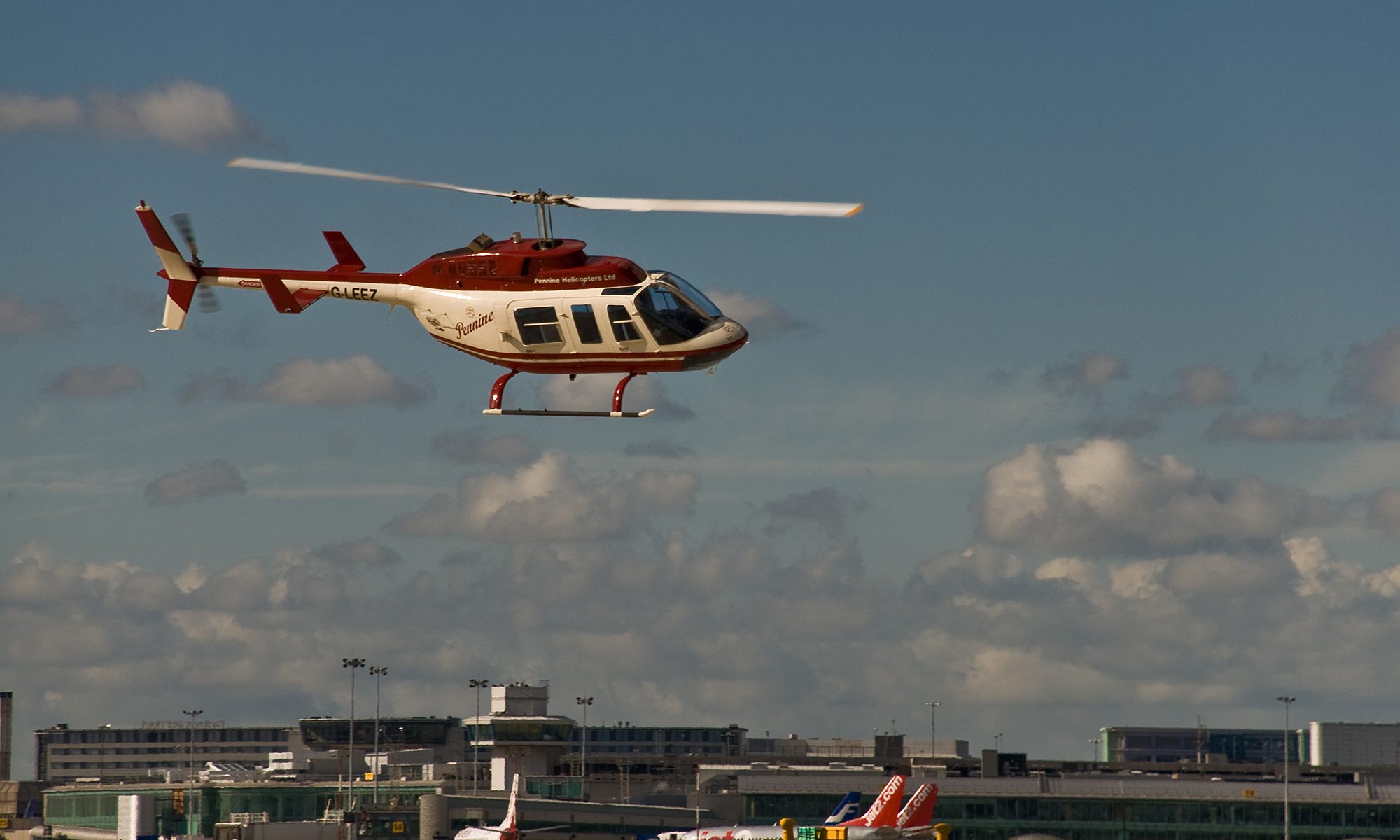 Yesterday afternoon the sun came out and I had a strong urge to get out and make the most of the blue skies and fluffy clouds. So I walked over to Manchester Airport to try and get some photographs of planes taking off and landing. I saw two things at the airport that I had never seen land at Manchester before, one was a very small Cessna plane and one was the helicopter in the photograph above. As much as I love flying and have a keen interest in one day getting my pilots license, helicopters have always seemed very unnatural. Still I like the way I captured this aircraft flying over the runway with the terminal two buildings in the background. The reason why the propellers on the helicopter seem almost stopped is the fast shutter speed of the camera. I could blur them more in Photoshop. but I think I prefer them this way.