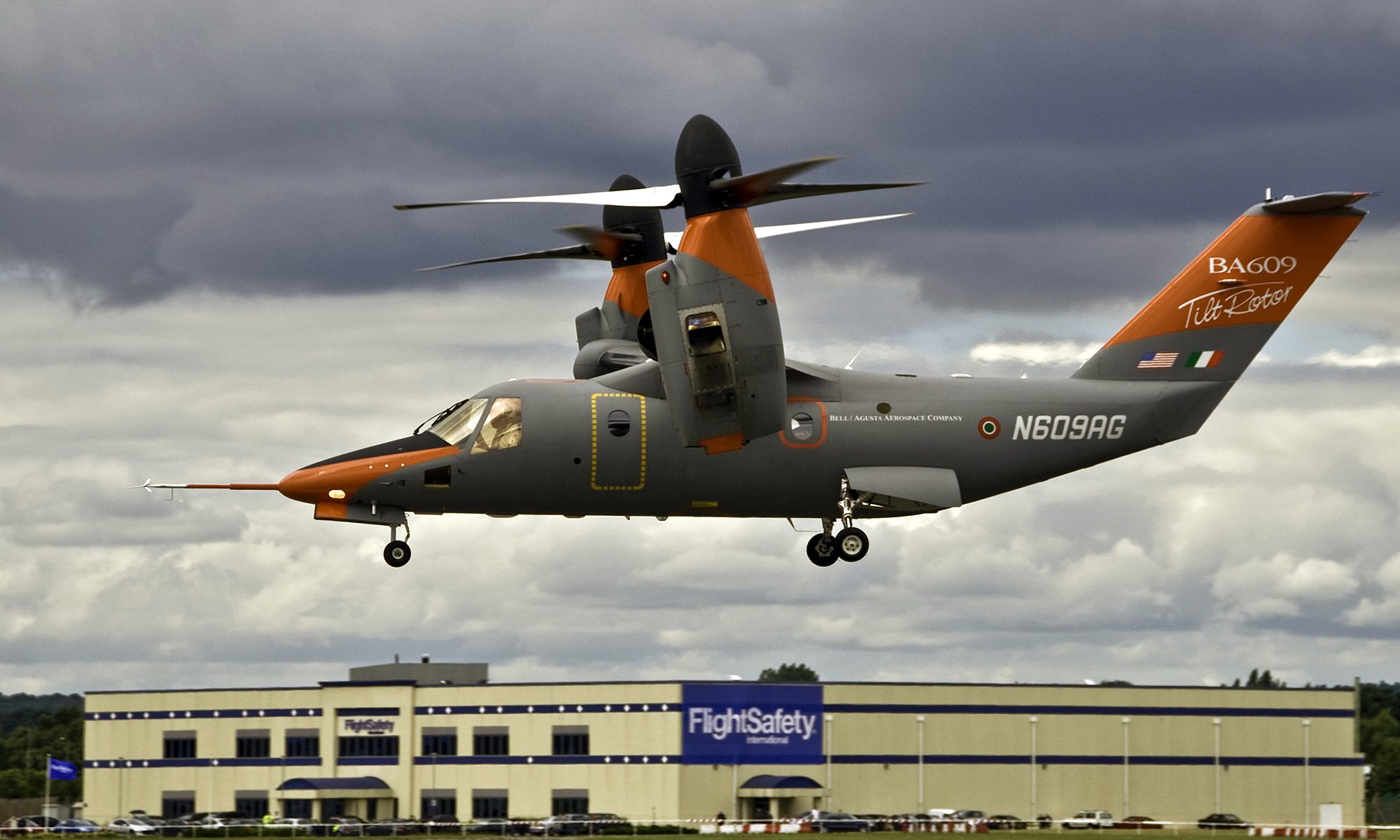 This is one of the most unique aircraft I have ever seen let alone photographed. You can’t call it a plane and you can’t call it a helicopter because it essentially the best of both worlds! The BA609 is a joint venture between Bell Helicopter Textron and Agusta Westland and is a civil twin-engined tiltrotor VTOL aircraft with a configuration similar to the Boeing V-22 Osprey.

The above photo shows the aircraft in helicopter mode (note the two propellers are pointing vertically), which allows it to hover just like a helicopter. However, the pilot can very simply and quickly rotate the two propellers into a vertical orientation and the aircraft then performs just like a traditional aeroplane. It is impressive stuff to say the least. The first flight was in March of 2003 and certification of the aircraft is projected for 2011. If your really interested the estimated costs are at least $10 million!