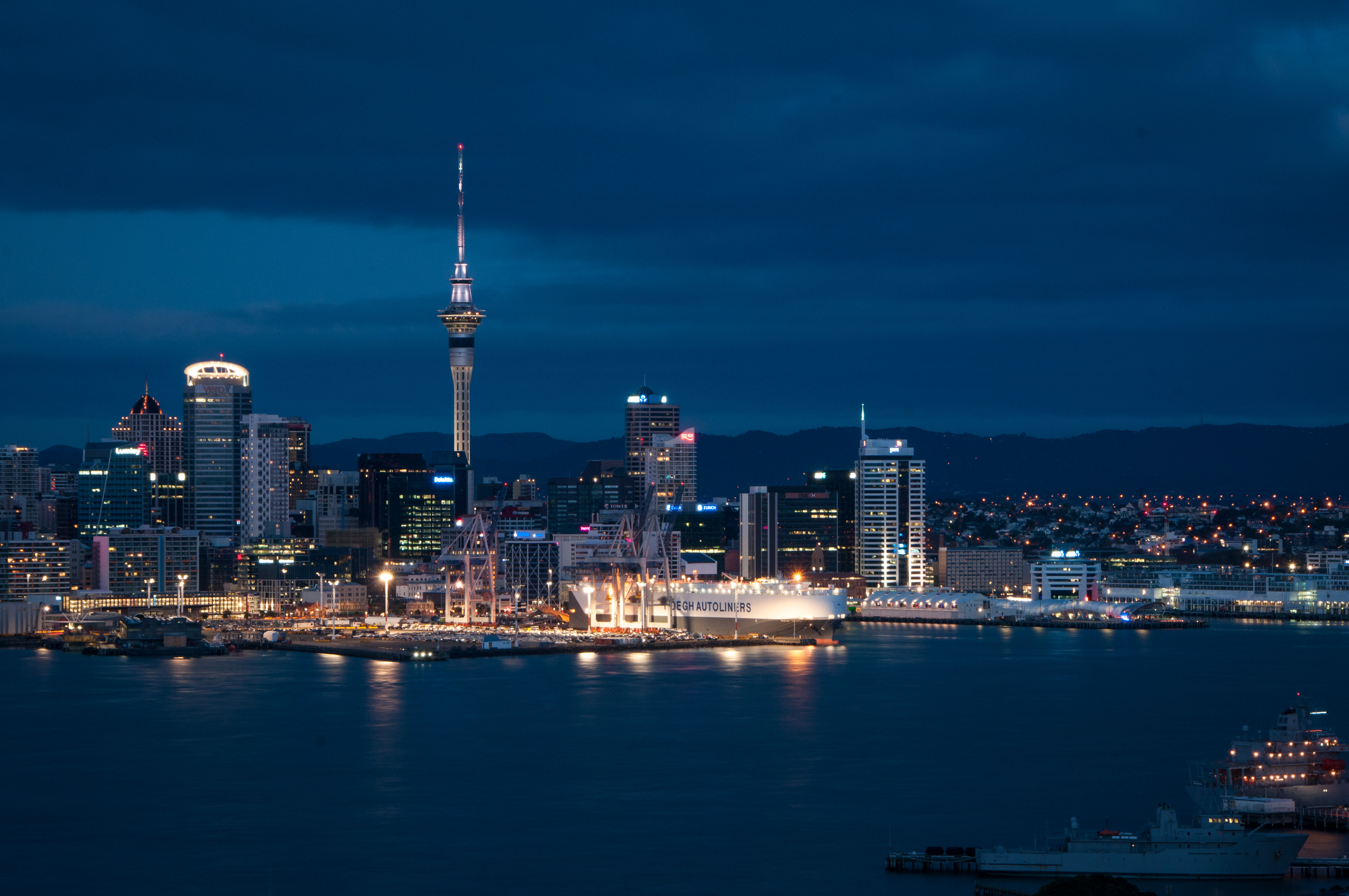 One of the first photographs I took from the top of Mount Victoria in Auckland. I wanted to capture a night shot but this was actually taken early on a winter’s morning. There’s often hundreds of boats in the harbour but obviously at this time of day there isn’t anyone sailing. This is from the North Shore area of the city and in the bottom right of the photograph you can see a couple of the larger New Zealand Navy ships. In the centre of the photograph is a huge container ship and often there are big cruise ships to the right of the port. The skyline behind the harbour is dominated by the 328 metre tall Auckland SkyTower. Behind the city centre are the mountains of the Waitakere Ranges.