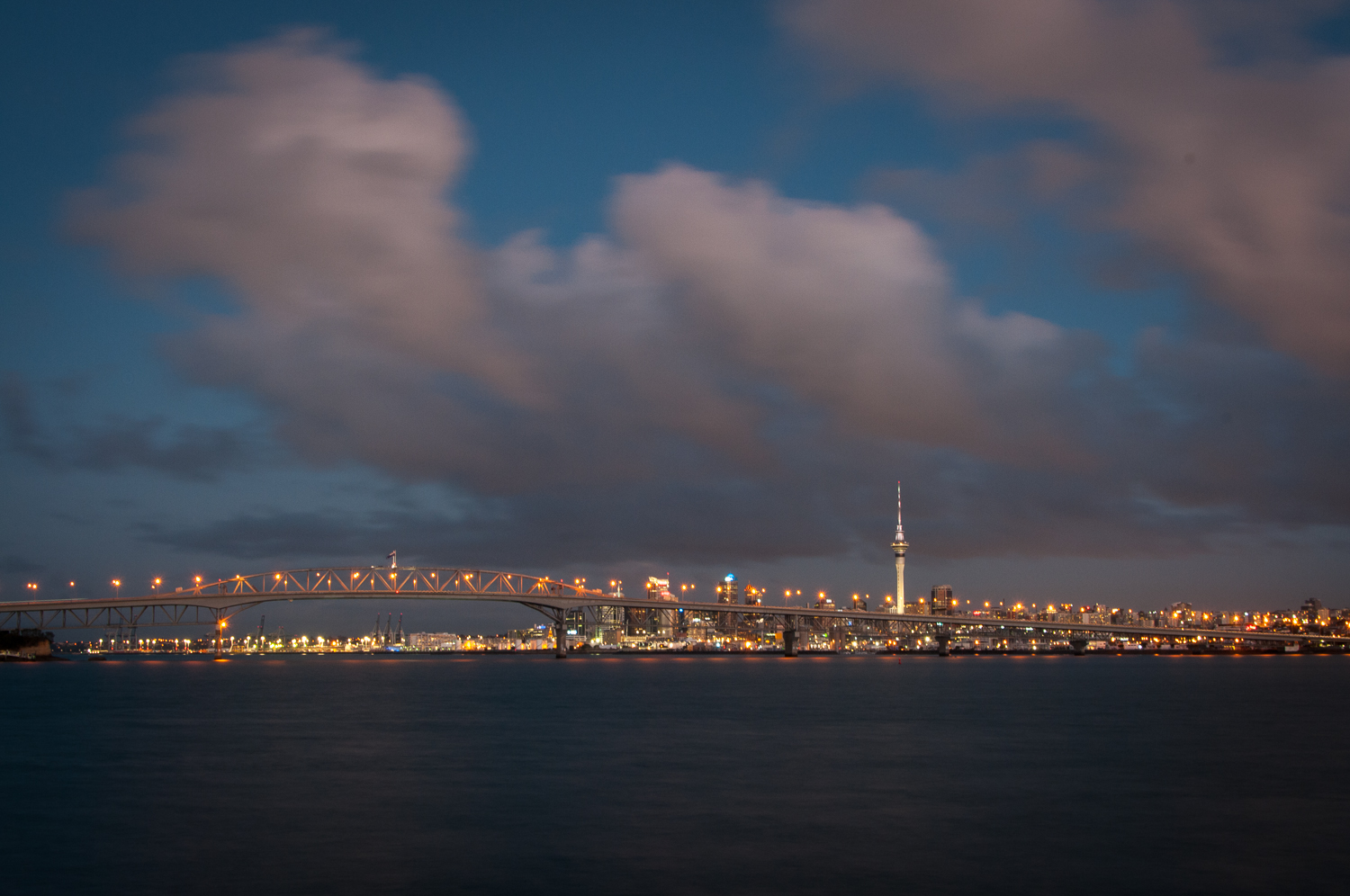 A few months ago I was on the North Shore side of the city looking for locations for a photograph that would include the Auckland Harbour Bridge and Skytower in the background. Near the suburb of Birkenhead is Hinemoa Park which has the above commanding view of the Waitemata Harbour. In an effort to include the full length of one kilometre long bridge it ended up being a wider angle than I had expected. This means the Skytower and city skyline appears small in the background. Fortunately, the evening I took this the clouds came in to fill the top half of the photograph.