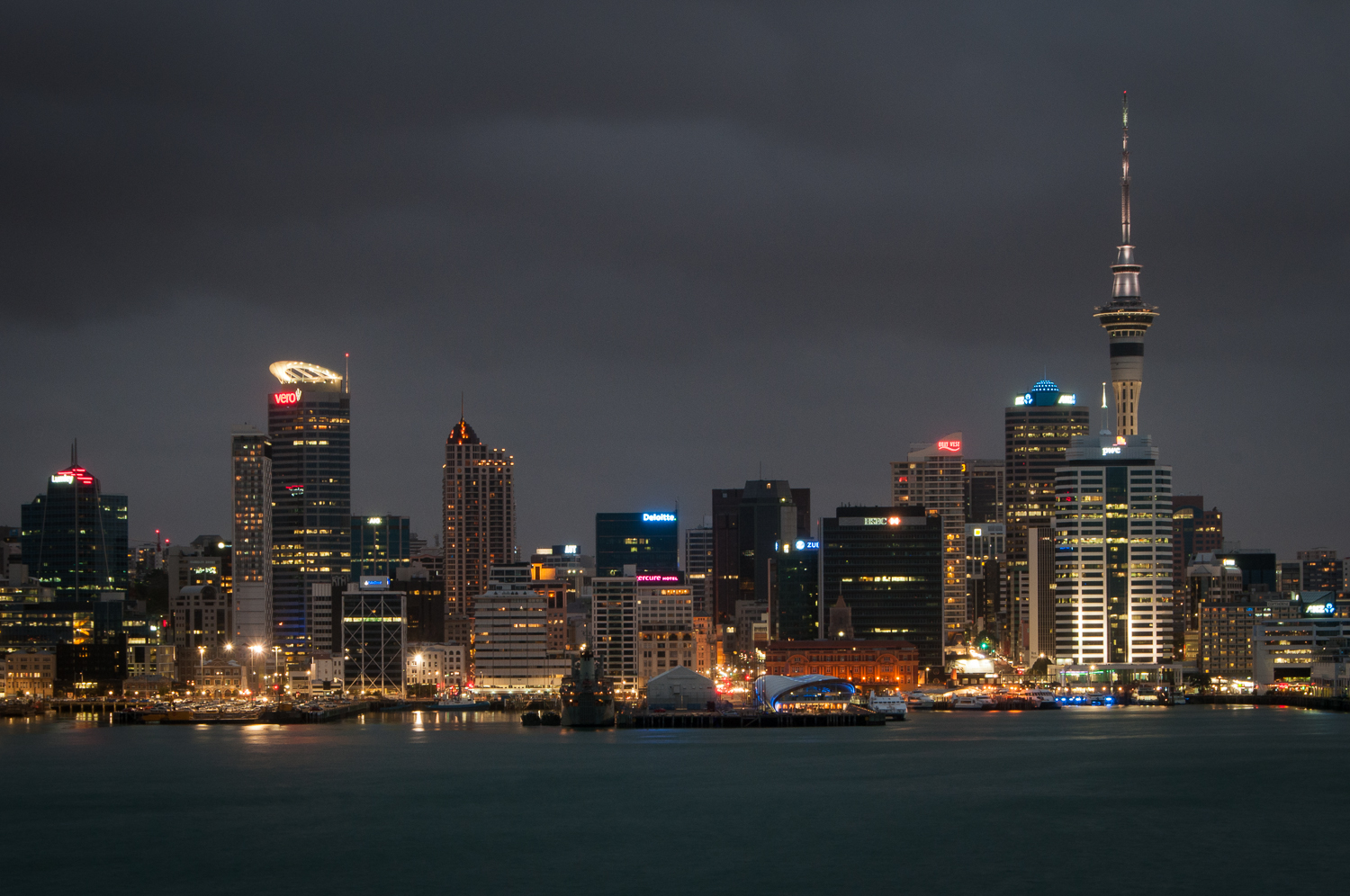 The Auckland skyline has been and continues to be a tough photograph for me. What you see here is my most recent failure. It was the Saturday before November the 5th, Guy Fawkes night, when there are a lot of fireworks in the sky. So hoping on the ferry took me across to Devonport. Then rather than going up Mount Victoria, which I felt might be too windy at night for the tripod, I walked along to Stanley Point. What I was looking for, apart from fireworks, was a view of Auckland where there was clear separation between the Sky Tower and the rest of the skyscrapers. As you can see I didn’t get the separation I was looking for. As for the fireworks? There was no “official” display in the city centre but I went out hoping there would be locals seeing them off in their gardens. I did see fireworks but without knowing where they were going to be coming from meant my memory card remained free of firework photographs.