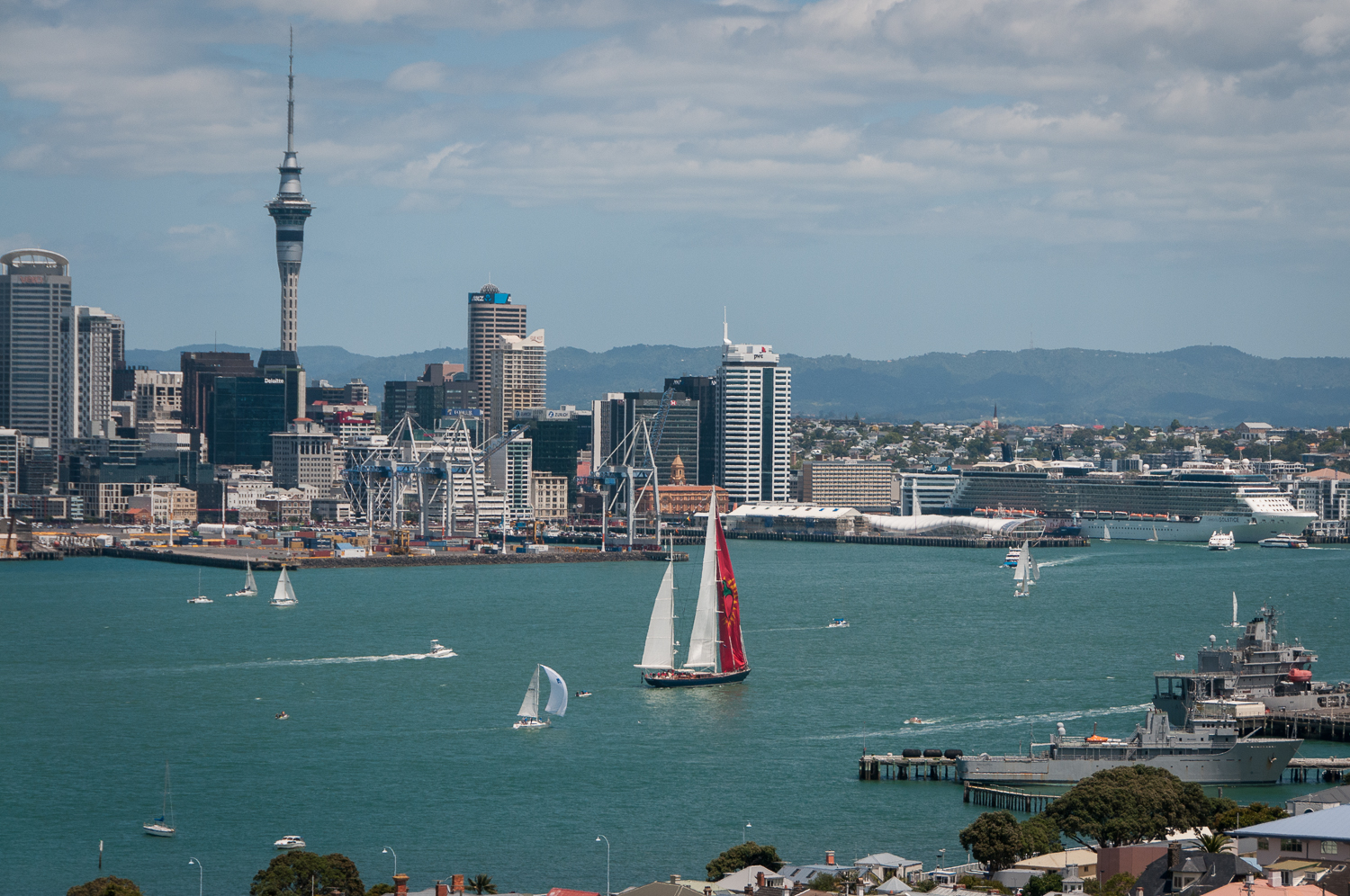 Last Monday was a surprise bank holiday here in Auckland. Well, not so much for the locals, but for me it came as quite a shock on Friday when I first heard about it! With the weather promising to be sunny and the regatta in the harbour, I took a ferry across to Devonport. Then walked up Mount Victoria to sit on a beach for a few hours and boat watch.

For those who don’t know, a regatta is a series of boat races. The Auckland Anniversary Regatta is the largest single day regatta in the world (according to Wikipedia). It has been annual event since 1840 and has over 400 boats entered, despite what my photograph might indicate.