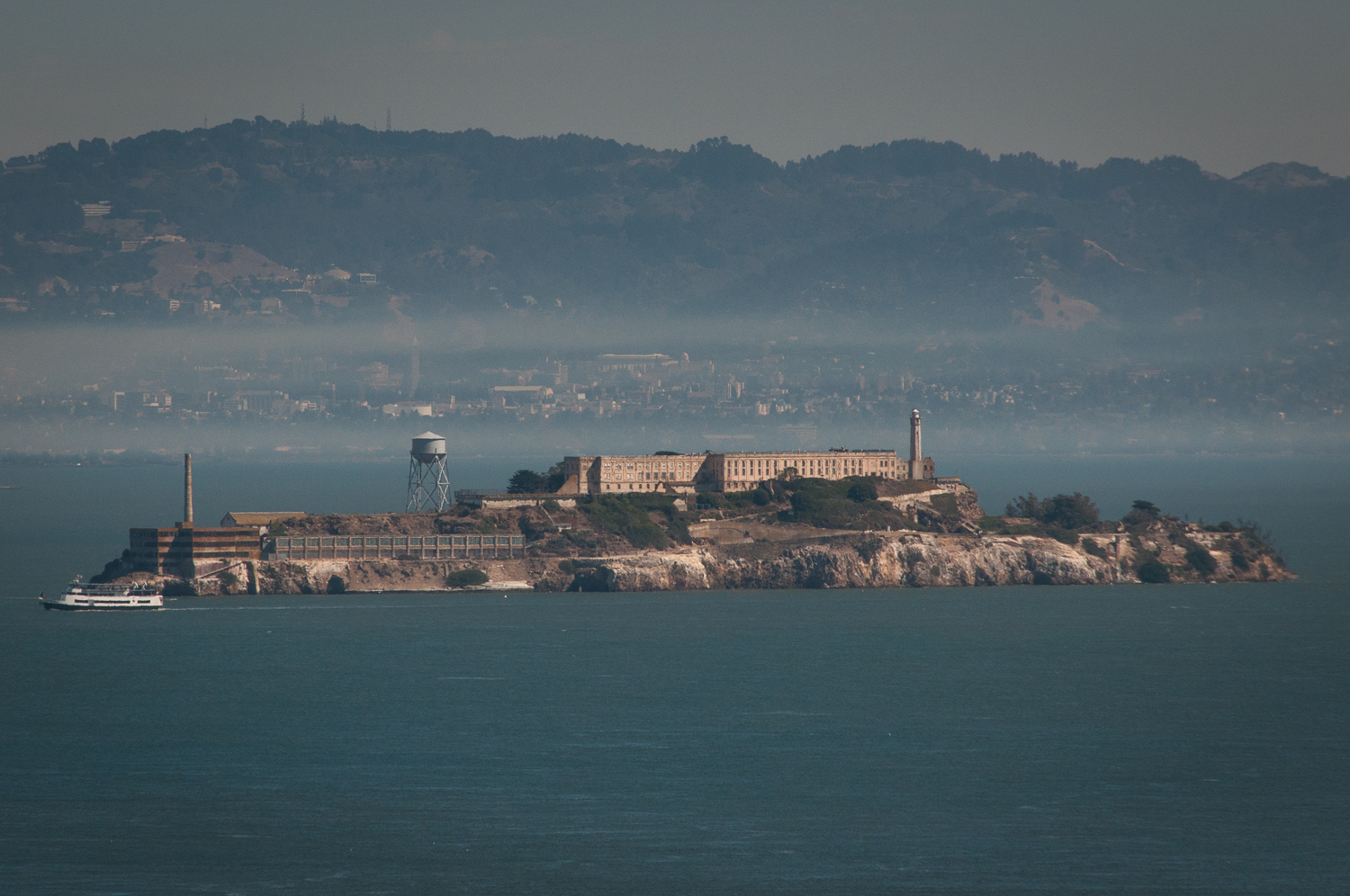 Also known as “The Rock”, Alcatraz Island was prison in San Francisco Bay. Between 1933 and 1963 the jail held some of the most notorious criminals in American history. Having seen some spooky photographs of the inside of the abandoned prison cells, as well as the old lighthouse I was very keen to get the boat over. Sadly, due to various political issues (blame the Republicans) Alcatraz and all National Parks were closed for two weeks, included the one week I was in San Francisco. Whilst most parts of the Golden Gate National Recreation Area were open. The ferry services across the Alcatraz were stopped. So this is the closest I got to the rock. This photograph was taken from the middle of the Golden Gate bridge looking east across the bay.