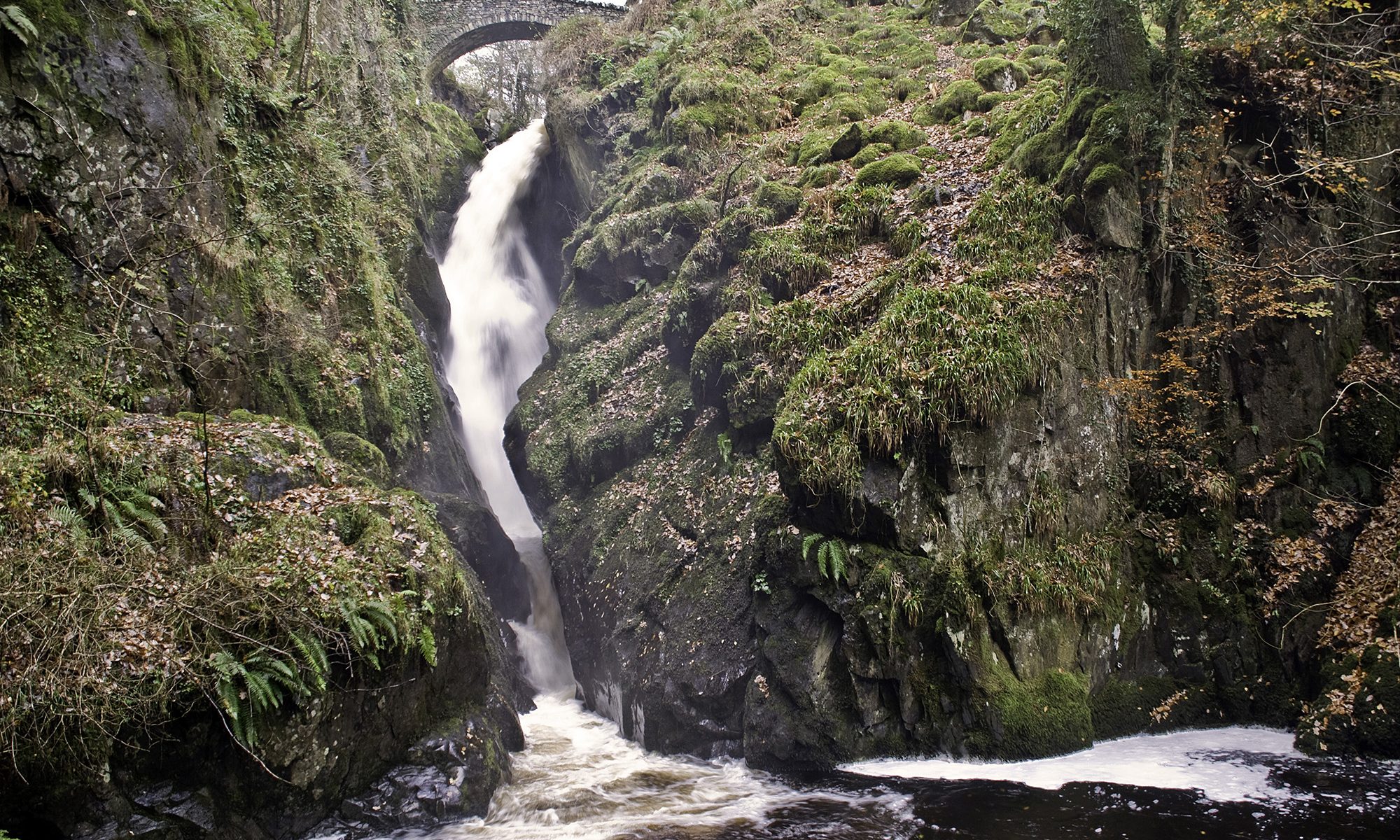 The first time I saw Aira Force was on a Outward Bound trip in October 2004 with College. We went out at night with head torches and I never saw the view looking up at the falls that you can see in the image above. I only managed to look down from the small bridge at the top (it looks very different at night). This image was taken late last year on a photography weekend to Ullswater in the Lake District National Park. It was a difficult photograph to take as I wanted to do a long exposure on a tripod, but there was so much spray coming over the water that the lens got soaked after just a second to two of being pointed at the falls. The people at the top of the bridge are my friends Mike, Liz and Keith from the photography club. The full size version of this image is a little blurred, but I wanted to publish this image as I have a number of photographs of the area around the falls already online, but I only recently realised that the site is missing an image of the waterfall itself.