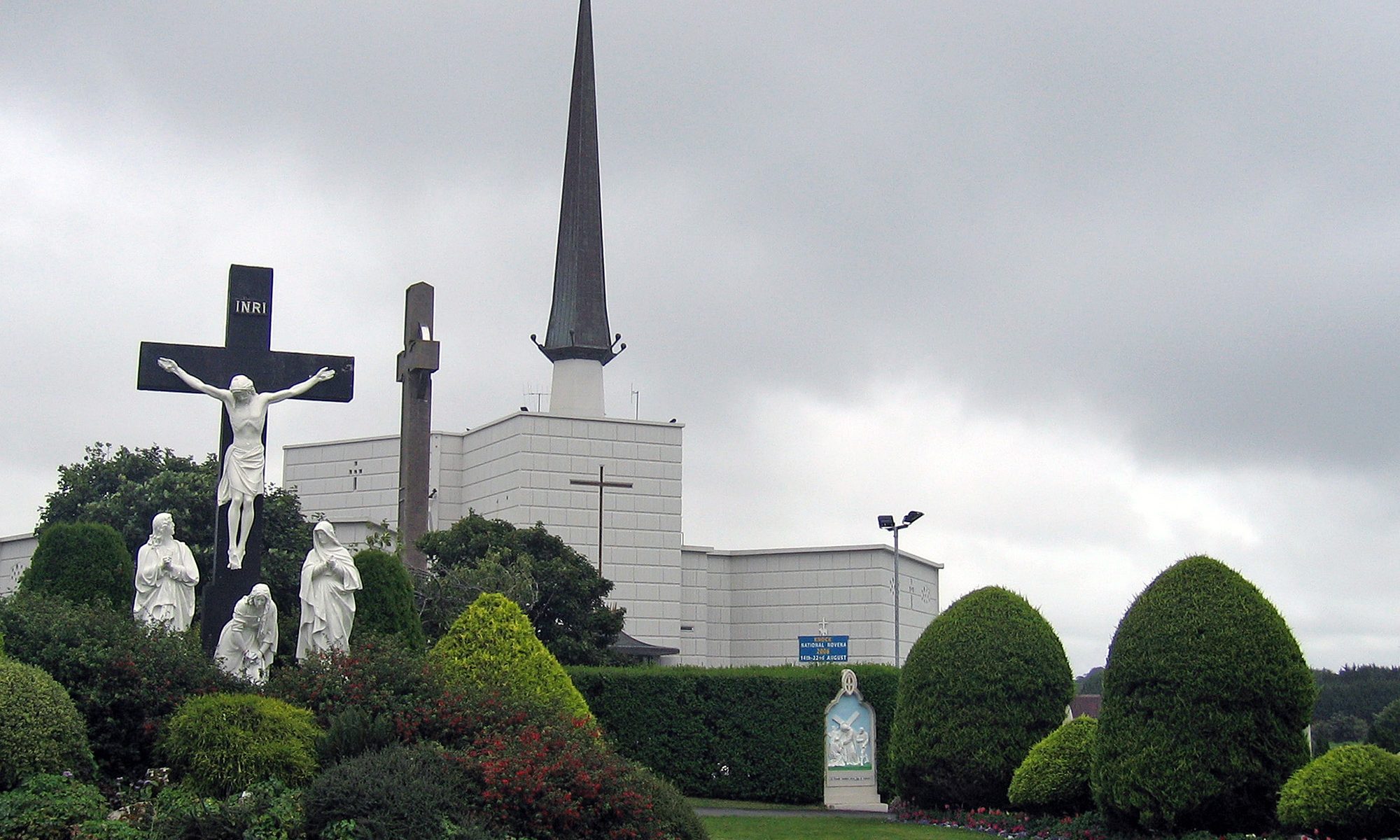 Knock Shrine is a major pilgrimage site in the village of Knock in County Mayo, Ireland, where Catholics believe that there was an apparition of the Virgin Mary in 1879. It was visited by Pope John Paul II and has become one of Europe’s major Roman Catholic Marian shrines. Our Lay Queen of Ireland is the massive basilica that can be seen in the background of this photo below and can accommodate 10,000 people – a mass is held here every hour.